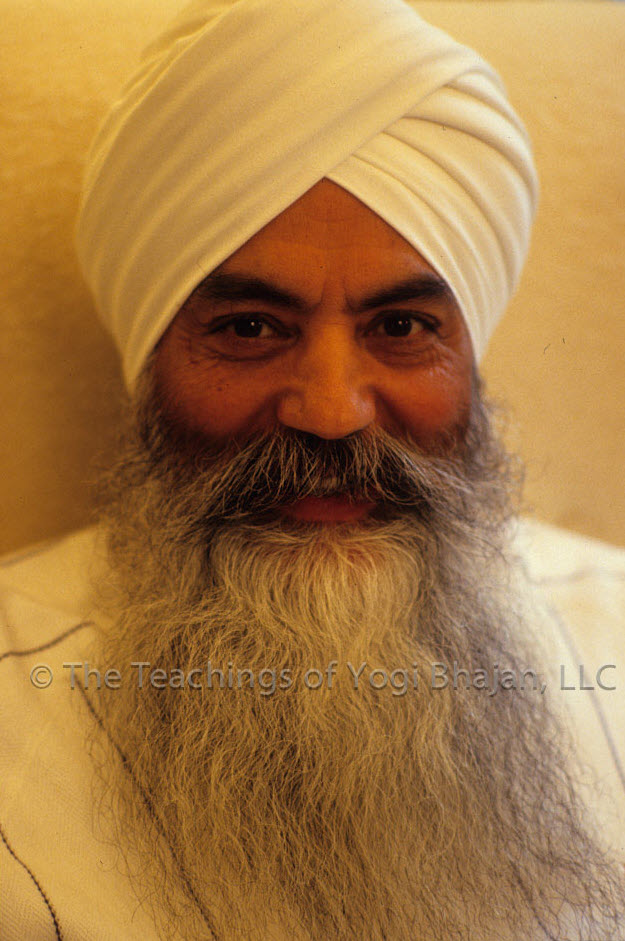 This poem is from page 92-93 of the book “Furmaan Khalsa: Poems to Live By” by Siri Singh Sahib Bhai Sahib Harbhajan Khalsa Yogiji and published in 1987.  Scroll down to see the original poem in Gurmukhi.

Through the power of Raj Yoga
The bonds of 8.4 million lives were cut away.

Through the radiance and power of Shakti
The Khalsa has been reborn in Bliss.

He sits with majesty on the throne of Brahm,
Filled with deepest Peace.
The Guru, his protector, fills every fiber of his being.

The light of Gobind shines.
The cheats and slanderers are burning.
The Guru’s word is manifesting
960 million Lions of Grace.

Oh Yogi,
Great is the Guru
Who has raised the lowest of the low
To the highest of the high!

This poem is a loving and humble self-portrait. Here the Siri Singh Sahib tells how Guru Ram Das granted him his blessings and protection so that he could become a vehicle for the fulfillment of Guru Gobind Singh’s prophecy that the Khalsa will become 960 million strong. This is really a hymn of heartfelt gratitude from the Siri
Singh Sahib to Guru Ram Das for elevating him from the lowest to the highest.

Here is the original poem written in Gurmukhi 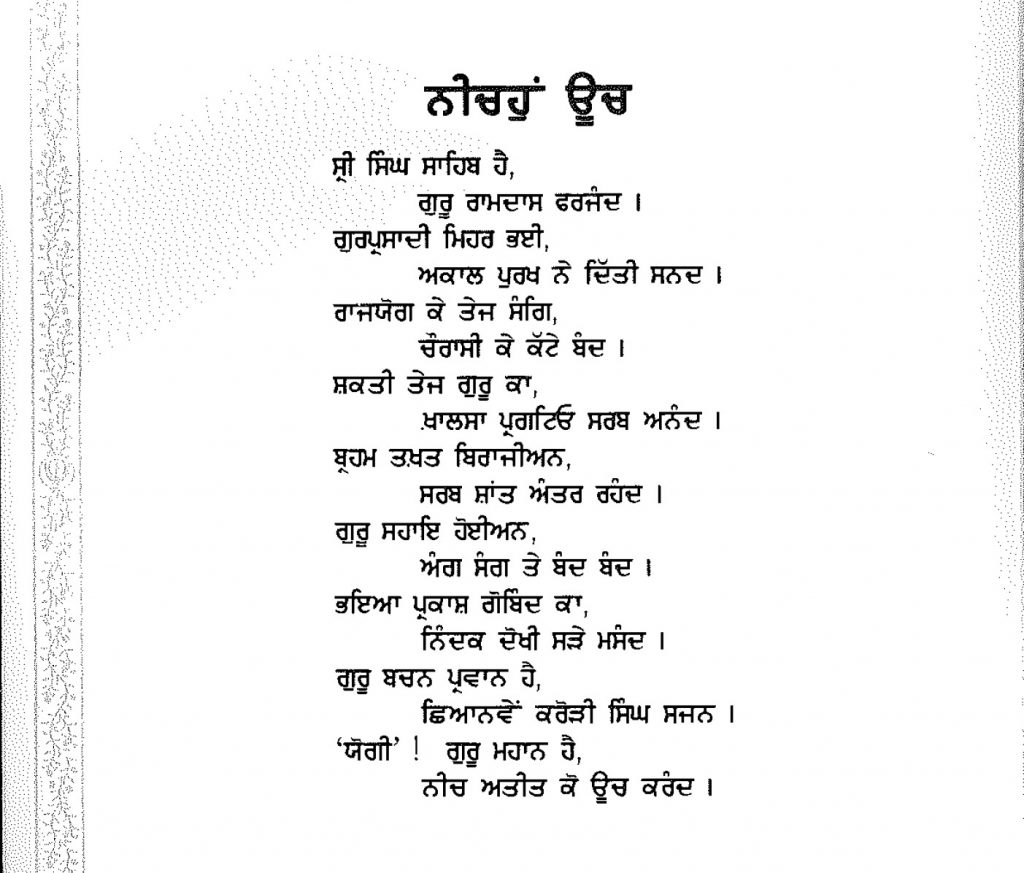