Home › Teachings of Yogi Bhajan › Poetry › From Time to Time 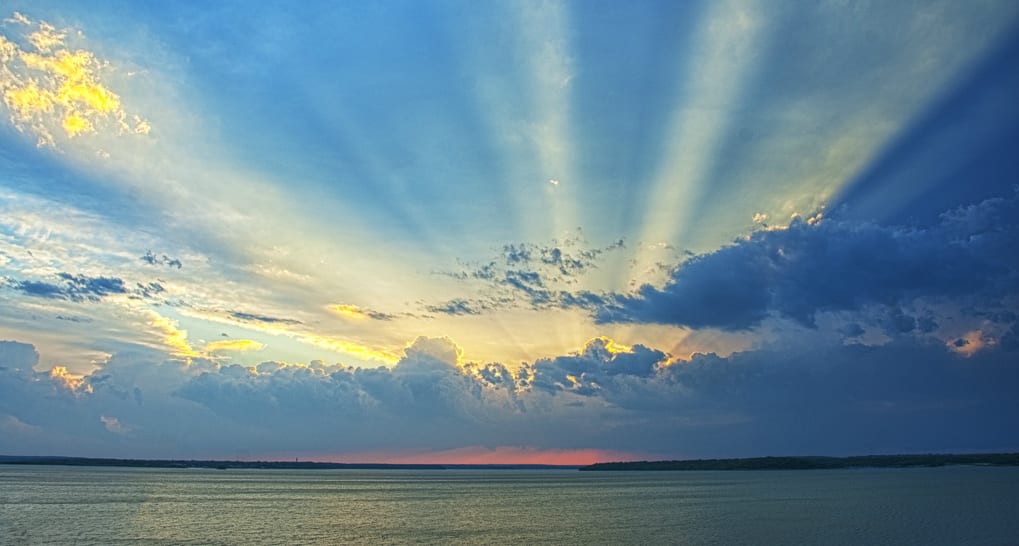 The radiant, ancient Age turned Silver from Gold,
Leaving the Truth three-quarters of those days of old,
Then the Silver darkened into the Copper Age.
When Truth was half of that original page.
And copper hardened into the Age of Steel.
Where one-quarter Truth turns the Eternal Wheel.
This is the Age of iron, the Age of the Machine
Where Truth is lost to fantasy and dream.

The Civilizations of those enlightened times
Have returned to the mud in now desolated climes,
This is the power of the immortal Lord
Who created this World because he was lonely and bored.
There is no longer a trace of the Golden Age,
Though that story can be told by every sage,
The shining days of Silver have turned to dust.
Lost to the Akasha under the blue Earth’s crust.

The Age of Copper faded and left no trace,
Lost to the blind justice of Time and Space,
Leaving us here, now in the quarter Truth’s light,
Dim to the masses, but to the few it shines bright.
It is the Age of Darkness for those sentenced to Fate,
To the power of the Shabad which will guide us through,
For Kali Yuga is the Age of the True Guru.

This is the Age of Enigma, the Age of Change,
The Age of incarnations, wonderful and strange,
When the chance to grow at an accelerated pace
Is there for the brave soul who enters the race.
Animal souls have incarnated in human form.
Humans behaving as animals have has become the norm.
It is the Age of Technology which will make you insane
And the only salvation is to recite the Name.

It is the Golden Age, in the Age of Steel,
When before the Truth Mankind must kneel,
The last tick of the clock before we fade to black,
Then into the Eternal all things will flow back,
To start the endless cycle once again.
From the Golden Age to the Age of Sin,
Yet through the darkness of the gathering night
There shines the brightness of Guru’s Light.

From our tempered steel will shine golden rays.
To guide the children of those future days
Through the Age of Darkness, by that flashing spark,
Struck when chisel meets stone, illuming the dark.
And the mark of the Master who dropped hammer to blade
Will remain through the Ages. It can never fade.
For it is only struck upon that heart which is true
And I think, if you look, you’ll find it beating in you.

Home › Teachings of Yogi Bhajan › Poetry › From Time to Time