Home » In My Own Words 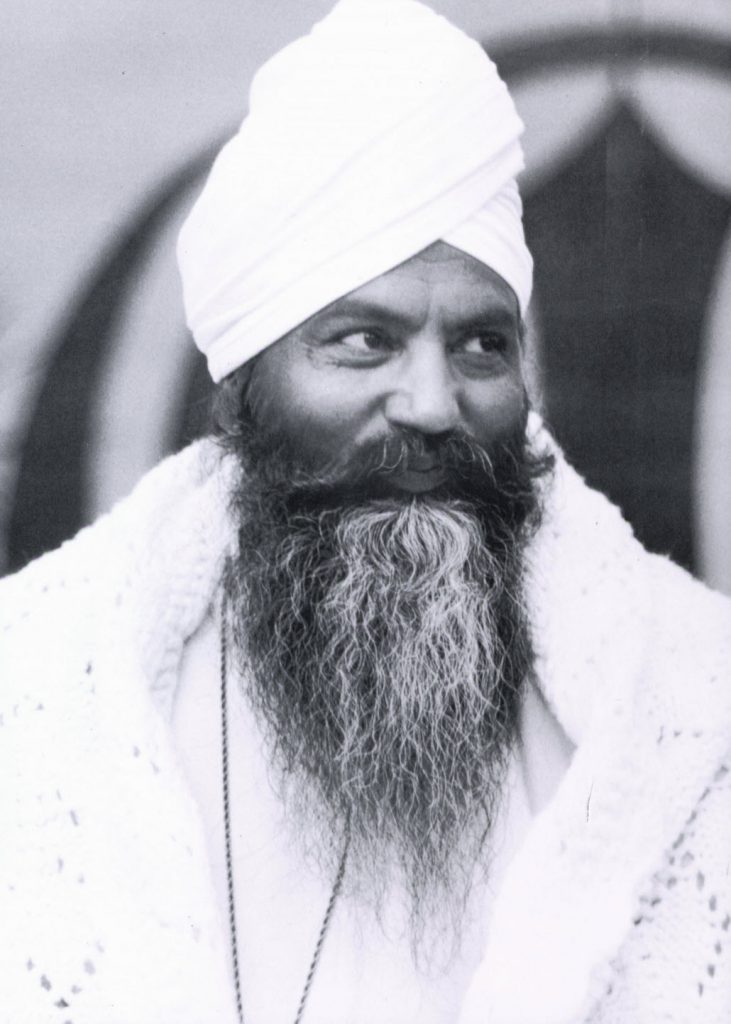 In addition to his many, many other facets, the Siri Singh Sahib is also an inspired and gifted poet, as the forgoing material reveals.  During the final stages of preparing this volume about the Siri Singh Sahib, we requested him to tell us his life story in his own words.  His simple reply came, “No, I am a humble man.”  But the request did trigger the poet in him as he declared, “Now look, here comes my story before me.”  Thus, the following poem in modern Gurumukhee came forth in his own words, which we have attempted to translate into English, providing the romanized script for pronunciation.

It also seems important to note that as we requested from him the meaning of various Gurmukhee words, we came upon the word “agamee” in the first line:  “Mai agammee agaadh bodh”.  At that point, the Siri Singh Sahib requested that this word be replaced with the word “aatmaa”, explaining that agammee might be misunderstood and misinterpreted as it refers to the aspect of soul, which is inaccessible, and is a term which is frequently used as a Name of God. 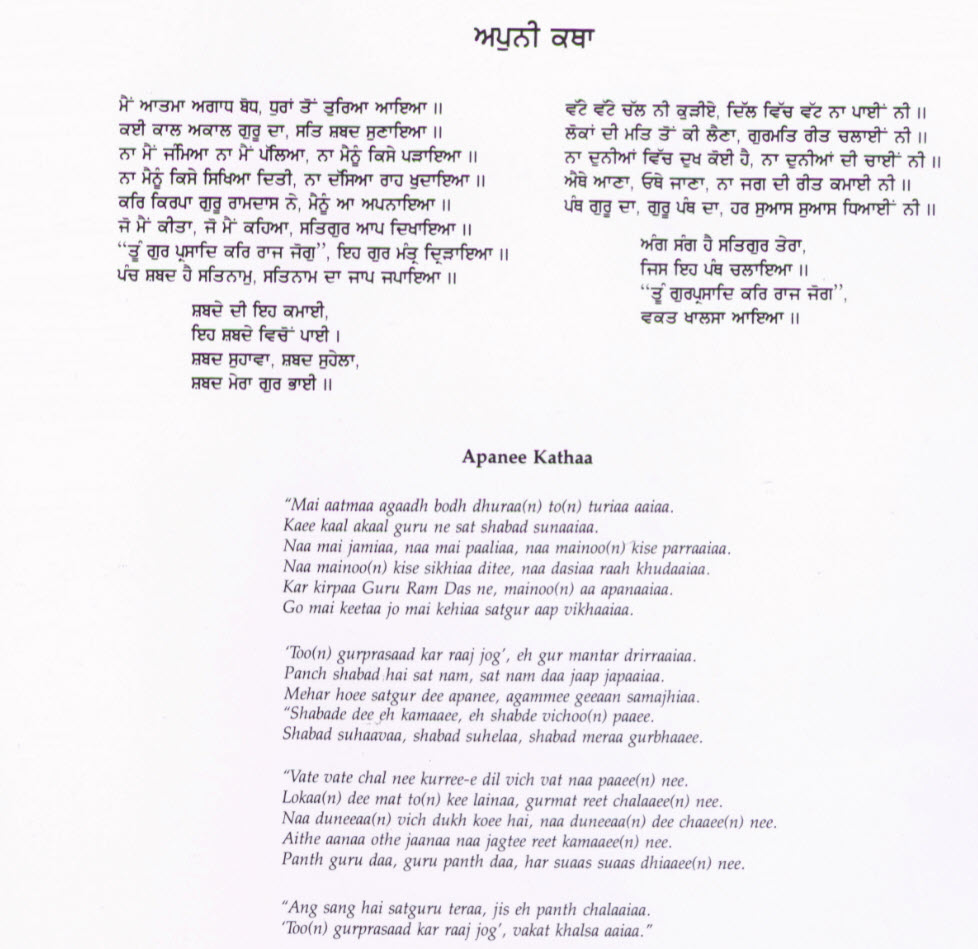 I am the immutable Soul which has been coming since the beginning of time.
Innumerable times, the immortal Guru has revealed to me the true Word of God.
I was never born, nor was I raised, nor was I given any education.
No one ever trained me, nor did anyone show me the path to God.
It was Guru Ram Das, who blessed me and took me as his own.
Whatever I have done and whatever I have said, the True Guru himself has caused to be done.

The Splendor of Shabad

The mantra, which was given to me, through the Guru’s Grace
was to enable me to experience the spiritual and temporal state of Raaj Yog.
The Panch Shabad is Sat Nam, and this is the mantra which the Guru has taught me.
The True Guru himself, out of His mercy, has blessed me with the knowledge of Infinity.
This is the gift of the shabad, that through the discipline of shabad, all things have come to me.
The shabad is ecstasy, the shabad is the state of bliss and the shabad is my true brother.

“My daughter, walk on the path (direction) and by the path (directive).
Let not your heart be divided.
What is there to be gained from the wisdom of worldly people?
Establish, instead, the Guru’s wisdom as a pathway for the world.
There is no worldly pleasure, there is no worldly pain.
This world is a routine of coming and going,
So, my daughter, abandon this useless activity.
The path of righteousness belongs to the Guru and the Guru belongs
To the path of righteousness.
Therefore, meditate on righteousness with each breath.

“The God Almighty, Whose Will has ordained the Order of the Khalsa
Is ever watchful to protect His Khalsa.
With every fiber of your being, the True Guru, Who has ordained this path of
righteousness, is with you.
By Gurus Grace, enjoy the all-prevailing Raaj Yog”,
For the time of the Khalsa has come.”

Home » In My Own Words