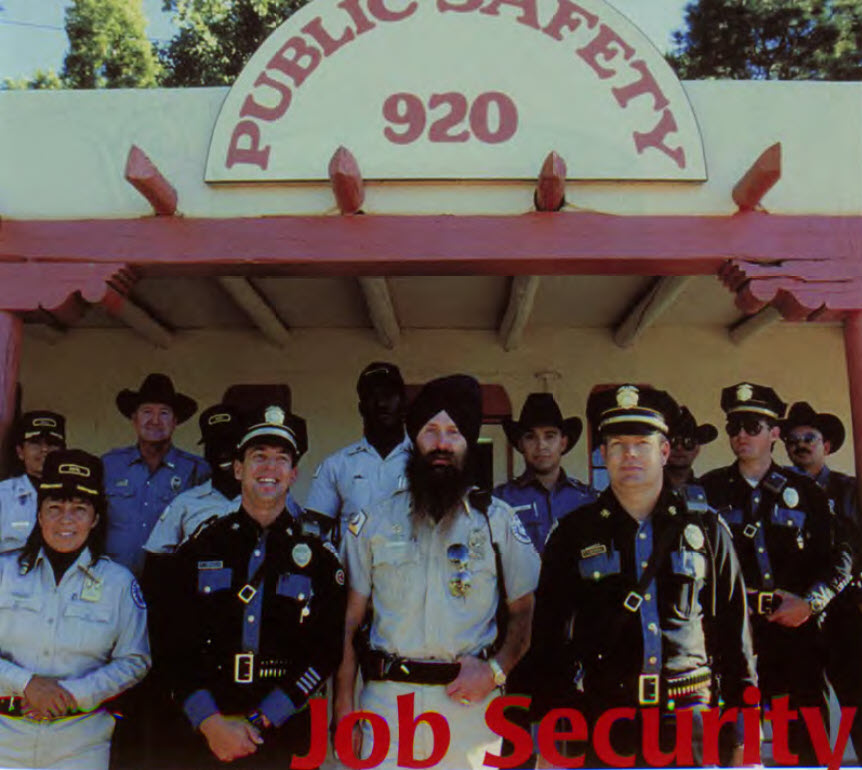 In this article from the winter 2005 Aquarian Times Magazine, Gurutej Singh describes how job rejections led to the founding of the multi-million dollar Akal Security, Inc.

It should have been one of the happiest days in my life.  It was my graduation day from the Police Academy. I was the class valedictorian with the highest academic scores and the highest range scores. At my graduation, I received two letters of commendation from my instructors. The future should have looked bright, but in my mind and limited vision, I was losing hope.

For years I had been trying with one-pointed focus to get into law-enforcement. First I tried the Army because, under Eisenhower, the Army dress code had been modified to allow Sikhs to keep their beards and turbans. But the Commandant of one of the Army schools would not allow me on his installation. That ended my military career.

Thereafter, I began testing for every law­ enforcement agency I could find, Federal, State, County and Municipal.  I always scored very high on the tests, but when it came to the interview and the issue about my turban and my then much darker and much shorter beard, things never went further. It became an exercise in learning how to handle rejection.

Finally, in the summer of 1978, an acquaintance of mine became the Chief of Police for a tribal agency near Espanola, and gave me my first job.

After a year, I had the opportunity to attend the Federal Police Academy and the New Mexico Peace Officers Academy to get my certifications.  However, the news that I got the day before my graduation was that there had been a change of administration. We now had a new police chief who wanted to meet with me as soon as possible.

We met and he decided that with a beard and turban, I was not qualified to be a police officer. We went ’round and ’round, but I realized that it was a losing battle. I turned in my badge.  Then, I went whining to Yogi Bhajan.

” Why do you want to say ‘Yes, Sir!’ all your life? Let’s start our own company. Then we will hire the police and the army officers and they will say ‘Yes, Sir!’ to you.”

Fortunately, at that time, my spiritual brother Daya Singh needed something to do, so Yogi Bhajan put us together.  Under his guidance, Daya and I created Akal Security, Inc.  Twenty­ five years later, our company employs almost fifteen thousand former military and law­ enforcement personnel, including two former U.S. Marshals. It is the fifth largest security firm in the U.S. and the second largest provider of security services to the federal government. Akal officers are present at the gates of eight Army installations and hundreds of federal courthouses and federal buildings throughout the U.S.  We have become an integral and most trusted element of the homeland security program.