The night wind blows in gusts so strong the earth shakes.
And my tent-home billows and wavers under its continued impact.
The darkening sky is shot with lightning and thunder shouts from the heavens.

But not even the monstrous wind beating at all of Creation
Can sweep away the kiss of God, the rainbow,
Which embraces the sky from one end to another.
It comes forth silently, gracefully, to stand immovable in the heavens, yet joined with the earth.
Ever present, it manifests and becomes known,
Only when God calls it forth to stand as an example, a thing of beauty, awe-inspiring.
The vibrant delicacy of its colors,
The purity of its radiance,
Glow as a gift from God.

No wind can bend the great arc,
Nothing can change the bold shape.
And it promises it will never give an inch to the elements.
Nothing can move it because it is constructed neither of wood,
Nor of clay, nor painted in the sky.
Intangible, untouchable, its essence is ether, spirit, created out of love, by the One Creator
As a Sign for people to find a bit of hope in times of doubt.
The rainbow, steadfast and unbendable, radiant,
Magnificent in God’s Glory,
Shining through the darkest of times,
Graces our earth.

Khalsa, the spirit of Khalsa, born also of Love
From the deepest Womb of the Universe.
Born, nursed, nurtured and raised,
That one day it too might be as the rainbow,
But a “spiritbow” whose entire form is not visible from one point,
But encompasses the entire earth.

The spirit of Khalsa, a rainbow o’er the earth —
Its colors: compassion, humility, grace, courage, and strength;
Its radiance, the purest Light of God.
And like the rainbow, Khalsa comes forth,
Called by its Infinite Creator to be an example,
To stand strong in the Grace of God
Against the greatest turbulence.
To stand boldly and courageously with the humility
Of knowing its courage comes from God alone.
Nothing can move Khalsa an inch,
No action, no word,
For its action is of God, and its word is God
And that cannot be broken.

The spirit of Khalsa is a thing of beauty.
And those blessed to behold it are in awe.
Born of undying Love, undauntable, immovable —
it is the Hope for those in doubt,
That their tomorrow might bring New Faith.
The spirit of Khalsa, steadfast and unbendable,
Radiant, magnificent in God’s Glory.
Shining through the darkest of times,
Graces our earth. 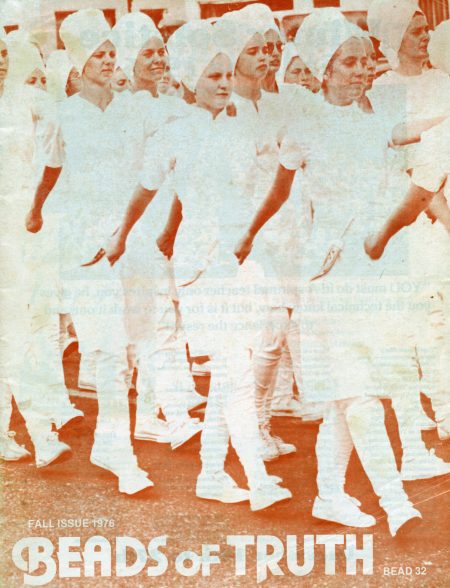 Other images which appeared on page 7 of the 1976-Fall Beads of Truth, the same page as this poem: 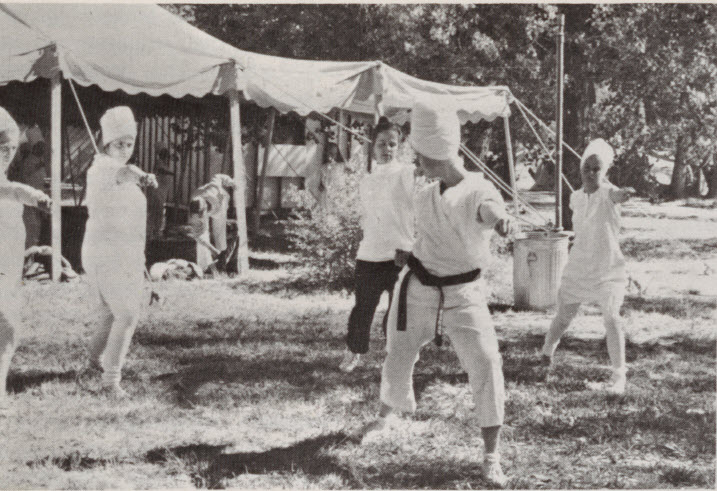 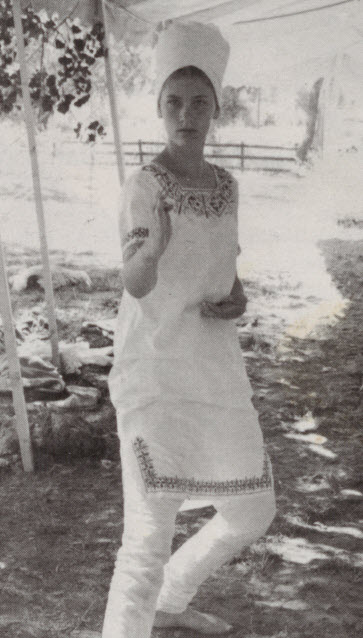 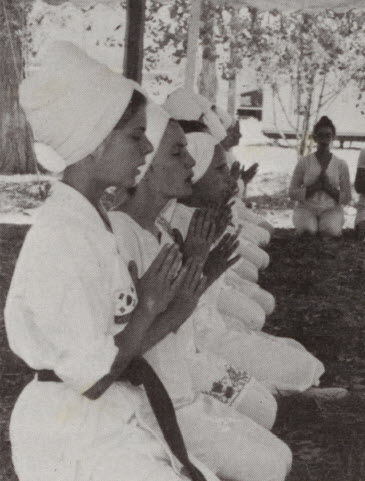