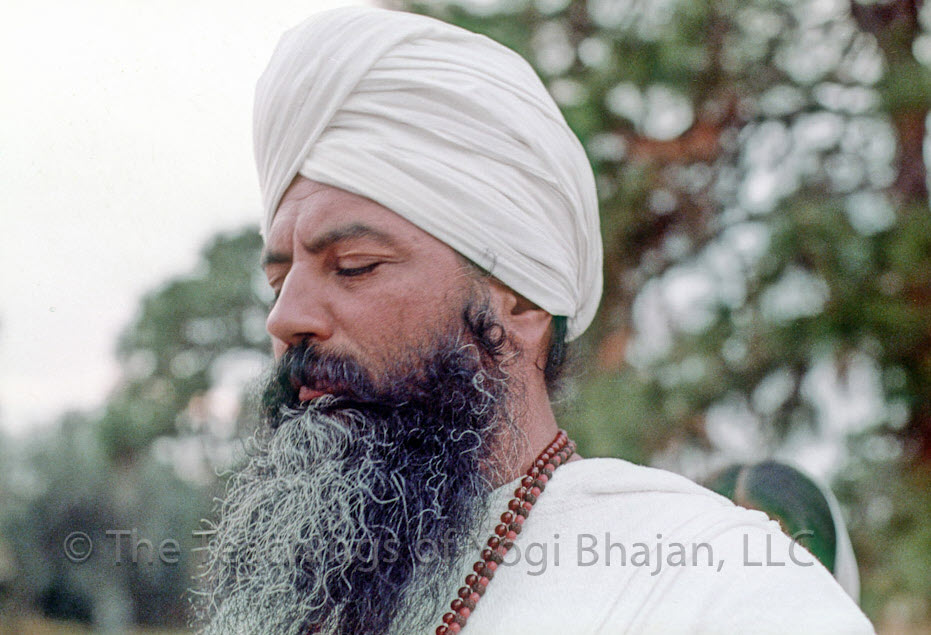 From page 103 of the book, The Man Called the Siri Singh Sahib, published in 1979 and written by M.S.S. Sat Kirpal Singh Khalsa, Ph.D. Eugene, Oregon, USA

I met the Siri Singh Sahib ten years ago and I have been his student ever since.  In all honesty, I cannot express in words or even conceive in my imagination, what this man has done for me.  He has served, educated, inspired and built me through all ups and downs.

There are two attributes of the Siri Singh Sahib, which stand out in my mind, at this moment.  That he is very wise, goes without saying, it is amply demonstrated in what he has created.

Rather, the incredible thing is exemplified in a statement he has made on several occasions, to the effect that “my greatness is in what I don’t say.”  I have seen this principle in action many times, both with myself, and others.  He has kept quiet about factors well known to him in order to let the individuals have the opportunity to gain the insight for themselves.  This requires infinite faith in the individual’s potential.  Everyone knows that it is difficult to keep a secret. The Siri Singh Sahib is a Master of It.

The second attribute I fine outstanding is his patience.  No gimmicks, no miracles, no pushing, just patience.  Patience allows growth to occur.  He has, indeed, shown that patience pays!” God bless the Siri Singh Sahib.