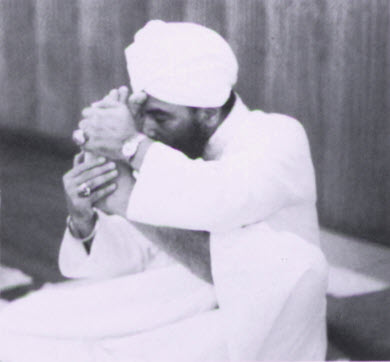 “When the kundalini rises in a person, his radiance increases, his arc line increases, and his strength of aura increases.  He does not start yelling and going berserk; that is not the effect of the kundalini rising.  Yoga is a tool; it is an instrument of Infinity.  It is a science through which a person works.  It is just like electric current passing through a light bulb.  It doesn’t matter if the bulb is seventy-five watts or three watts, the current will still make the light shine.  It won’t burn any filament.  It will give light to everybody.  And one thing it gives to all, it does not allow a person to be depressed.

Whether you call it serpent power, kundalini, the power of Soul Consciousness or Divine Consciousness, the gift of this divine energy gives a person equilibrium.  You must remember that whenever your mind is in a state of equilibrium, you will be radiant.  Your spirit will rise like the tide rises.  When the moon is near the Earth, there is a high tide.  The same thing happens to the spirit of a person.  When one is near God, one’s spirit is high and radiance is there; the arc line flashes bright and beautiful.”  (February 19, 1976)