In Remembrance of my Friend, by Tarn Taran Singh Khalsa 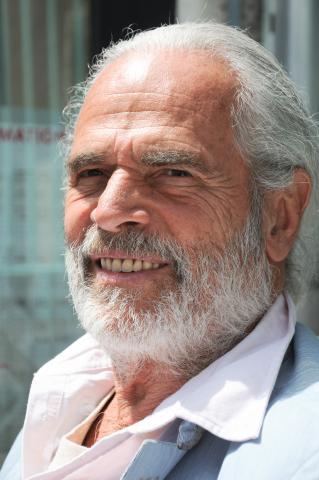 SS Guru Hans Singh Douqué was born to a Dutch colonial family living in Indonesia.  They were swept up in the Japanese invasion and he spent his youngest childhood years in a WWII Japanese internment camp.  After the war his family sent Guru Hans Singh to a boarding school in Australia and then he completed his university studies in London with a degree in architecture.

In 1972 Yogi Bhajan sent Sat Kartar Singh and Kaur from Phoenix to Amsterdam to open the first Guru Ram Das Ashram on the European continent.  Guru Hans Singh was one of the first and certainly most enthusiastic students.  He connected very deeply with the Teachings and Yogi Bhajan, and hosted the first White Tantric on the European continent at Guru Hans Kaur’s family’s country home 1974.  A few years later, Yogi Bhajan gave him and his wife the hokum to open an ashram in Paris and Guru Hans Singh would drive down every weekend to teach.  On one of those trips his VW bus was hit by train just as he was crossing the tracks.  He miraculously survived, though he took over six months to recover.  As soon as he recovered he quit his job as an architect and moved with his wife and two young sons into a small apartment in the heart of Paris founding the first Guru Ram Das Ashram in France.

Guru Hans Singh played a critical leadership role as 3HO grew and expanded across the European continent.  The Siri Singh Sahib made him one of the first European Sikh Ministers; he was appointed to the International Khalsa Council, was a founding member of the European Khalsa Council and also acted in the role of Secretary General for 3HO European Region.  Guru Hans Singh was the one of the inspirations and driving forces behind the establishment of the European Yoga Festival and he generated the first Kundalini Yoga Teacher Training program in France.  He was a man of vision and he brought his enthusiasm and hands on practical engagement to every task no matter how big or small.  In the last years of his life he loved to come anonymously to the Yoga Festival, sleep in the men’s dorm and sit in lungar lines and just soak in the energy and spirit all the participants and activities.  Only a handful of people swirling around this engaging man, with a broad smile and twinkle in his eyes knew what an important role he had played in generating what has become the premier Kundalini Yoga event in Europe and the largest 3HO gathering in the world. 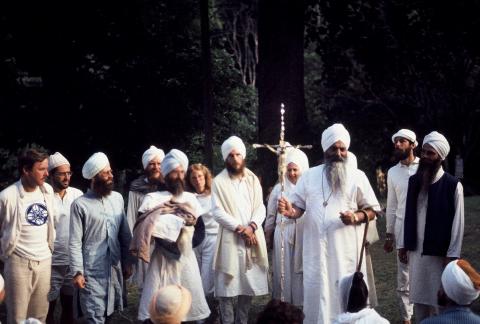 Guru Hans Singh was born with a sharp and inquisitive intellect and a mystical sensitivity.   He was always looking to “lift the veil” and experience the underlying Reality of all things.  He was fascinated by spiritual symbols as the doors of understanding they could open.  He had a remarkable ascetic and the artistic craftsmanship to give symbols form.  Whenever he had the opportunity he would engage Yogi Bhajan in discussions about these topics.  Under Yogi Bhajan’s guidance he uncovered the five symbols of the Mahan Tantric and crafted the Tantric Mala and Tantric Staff which were presented to Yogi Bhajan.  He also created many beautiful and powerful symbolic representations of the Tantric energy.  Towards

the end of his life, Guru Hans Singh compiled a booklet with the history of White Tantric Yoga in Europe and his personal understanding and engagement with it.  The booklet is full of wonderful photos and examples of Guru Hans Singh’s graphic renderings.

Guru Hans Singh was also a husband, father and grandfather.  Together with his wife Guru Hans Kaur, he raised two sons, Param Purkh Singh and Siri Vashnav Singh, who have grown to become wonderful human beings with families of their own.  With his second wife Florence Belfond he had a daughter, Amrit Kaur, who has grown to become a graceful and gracious woman.  Whatever his personal circumstances, he always recognized the importance of family.  He was truly grateful for his family and always gracious in fulfilling his familial obligations.

As he entered the fourth ashram of life, Guru Hans Singh conscientiously prepared himself for the journey home, and in the last year of his life consciously said farewell to those who had journeyed with him during his sojourn on the earthly realm.  It was with sadness for our great loss, and joy for his soul’s release that we received the news of his passing.

He was a beloved husband, father, grandfather, friend and teacher to many people.

At his request an Akhand Padh was held in remembrance of his passing at the Gurdwara in Espanola, NM.

This article originally appeared at 3HO.org