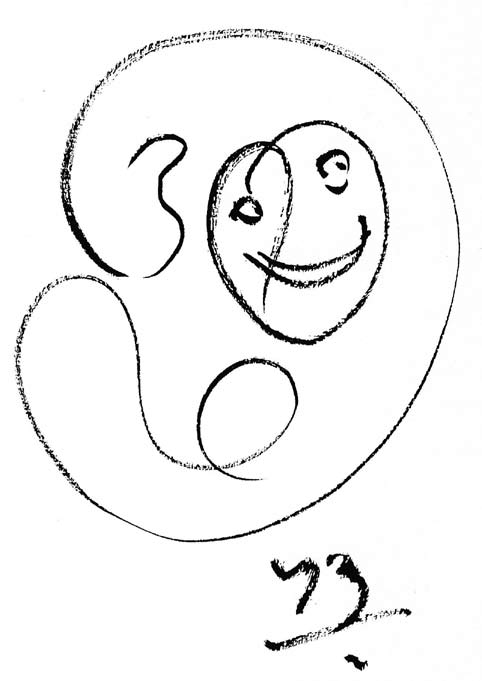 As shared on pages VII-IX from the book “The Game of Love – A Book of Consciousness – The Poems and Art of Yogi Bhajan“, published in 2007.

Yogi Bhajan, also known as the Siri Singh Sahib, was a man of vast knowledge and infinite facets of being. By Guru’s grace, I was blessed to be married to him. He was a master of Kundalini Yoga, a Master of Business and philosophy, a devoted husband and father and a spiritual master to millions; and as revealed in this book, he was a brilliant poet and master linguist.

On those days on which he was inspired to recite poetry, he would usually begin with a single line, followed by a moment of silence, and then, succeeding lines would flow from him like a fountain — rhythmically, gracefully, and his voice melodic, like a song. Within every poem that he uttered was an ocean of philosophy, worthy of becoming an entire PhD research topic!

Yogi Bhajan never required a specific time or place, special environment or particular atmosphere in which to write. Knowing his habits, I always carried paper and pen with me. At any given time he might say, “Take out pen and paper to write.”

On one of those occasions, he had just undergone heart bypass surgery at Cedars Sinai Hospital. It had been a critical night for him, and he was wearing an oxygen mask. I had just completed reciting his morning banis (prayers), and the nurse had just left the room. Suddenly he took off his oxygen mask. I pleaded with him to continue resting and replace his oxygen mask. Yet, over my protests, he calmly insisted, “Write fast before the nurse returns,” and then he dictated the most beautiful poem.

Throughout his life he was unwaveringly dedicated to serving the soul of every person he met. He taught that every human being has the divine birthright to excel and to live as a healthy, happy and holy being. He fervently believed this, and through his poetry readers will be guided to rise to their own highest destiny.

It is my constant prayer that God gives each of us the strength, courage and commitment to follow in his footsteps. I have been blessed, beyond the power of words to describe, to have shared 52 years of my life with this master in the Guru’s service to uplift humanity. There has never been another human being like him. His sublime poetry will serve to guide us and our children’s children for thousands of years to come.

The editors wish to thank the many people came to our assistance in the process of collecting these poems and drawings: Simran Kaur Khalsa in Los Angeles for poems; Satya Singh Khalsa and Sat Hari Singh Khalsa of Hamburg, Germany who contributed some poems plus scans of a large number of drawings that Yogi Bhajan drew during his visits to Germany in the 1980’s and 90’s; Guru Sant Singh and Sat Siri Kaur Khalsa who graciously allowed us to scan many original drawings; Nam Kaur Khalsa (Espanola, New Mexico) and Sewa Singh and Kaur Khalsa (Seattle, Washington) for additional scanned original artwork. Our appreciation to Dharam Damama Singh Khalsa (Los Angeles, California) for sharing the earliest of Yogi Bhajan’s drawings along with photos from that time. We also want to thank Dr. Soram Singh and Kulwant Kaur Khalsa (Los Angeles, California) for graciously allowing us to photograph the original drawing used on the cover of this volume.

Lastly, we are grateful to all those who helped in the production of this book: Sat Mitar Kaur who us helped keep track of production details, our tireless proofreaders, Sarb Jit Kaur Khalsa, Satya Kaur Khalsa and Sat Mander Kaur Khalsa, and the brilliant Ravitej Singh Khalsa of Khalsa Marketing in Eugene, Oregon for his beautiful design and layout of the book.