Home › Teachings of Yogi Bhajan › Poetry › The Company of the Holy 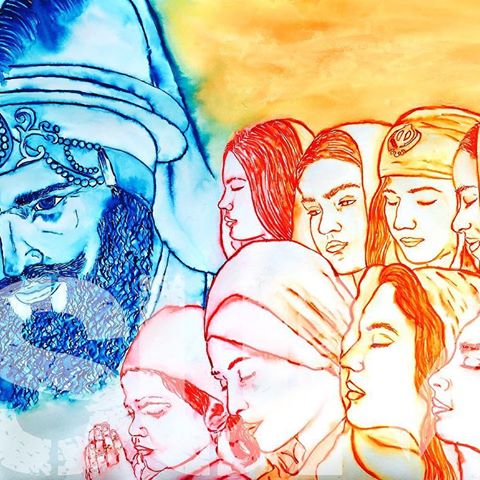 The principle of Sadh Sangat is simple. When people who do Sadhana come together, the group aura is very powerful and this stimulates the meditative energy of all, and produces an uplifting and inspiring atmosphere. Coming together in community to do Sadhana, kirtan, meditation, and yoga, enhances the effects of all for all.

The Sadh Sangat is Suchkhand itself, the Realm of Truth, the highest Reality. The Sadh Sangat is not exclusive. It includes any person who comes gracefully and sincerely to meditate and relate to his or her higher consciousness in the protection of the holy company.

The Tenth Guru (Guru Gobind Singh) said that wherever five Khalsa are gathered in his name, he is there. Therefore, the body of any Sadh Sangat made up of five or more Khalsa, is the Guru.

This poem is published on page 227 of  Furmaan Khalsa, a collection of 108 poems written originally in Gurmukhi by Yogi Bhajan. Gurmukhi is a language in which each word contains the vibratory essence of its meaning. He requested that they be translated into English for future generations.

THE COMPANY OF THE HOLY

The Sadh Sangat is God’s Home.
The Radiance of Nam lives deep within its heart.

The one who lives in the Sadh Sangat,
Gains the appearance and wisdom of the Infinite.

Singing Kirtan in the Sadh Sangat,
One merges with God through the sound of the Gurbani.

One who serves the Sadh Sangat,
Meets God, the Quintessence of All.

One who does Ardas in the Sadh Sangat,
All his projects are successful.

One who does Yoga in the Sadh Sangat,
He masters Yoga, and merges with God.

God lives in the Sadh Sangat,
Where pain and doubt and Death all fly away.

The Sadh Sangat is the Guru’s Court,
Where we are elevated from a life of lower consciousness.

If someone who has done bad things in the company of people of lower consciousness
Comes into the Sadh Sangat,
All his bad deeds are forgiven.

Living in the company of people of lower consciousness is worse than Death.

The Sadh Sangat is the Realm of Truth.

The Guru’s Great Presence is found within the Body of the Sadh Sangat,
Where all faults and guilts are wiped away.

The Sadh Sangat is the Way of God.

The Yogi tells the ineffable secret . . .

Oh Yogi! One shall know this secret
If he meditates on God’s Name and merges in the Name in the Sadh Sangat:

The Ultimate Reality is to merge with God!

God’s Lotus Feet become enshrined within the heart
Of one who travels to meet with the Sadh Sangat.

The one who sings the Sadh Sangat’s Glory
Attains the very highest state of consciousness.

Oh Yogi! One who meditates deeply on God, merges with the Sadh Sangat!

iri Singh Sahib ~ Yogi Bhajan: The saint, the teacher, the humanitarian, the leader. Within these pages of “Furmaan Khalsa” lies a manual of conscious living written in the form of 108 luminous and inspiring poems. Based on the science of human consciousness called Raj Yog and written as a guide for future generations, these poems answer questions on how to live successfully with an open heart and mind amidst the challenges of the modern world.

Read the Forward, Dedication and Introduction to Furmaan Khalsa.   If you are interested in purchasing this book, you can find it at the SDI Marketplace orSat Nam Europe

Home › Teachings of Yogi Bhajan › Poetry › The Company of the Holy