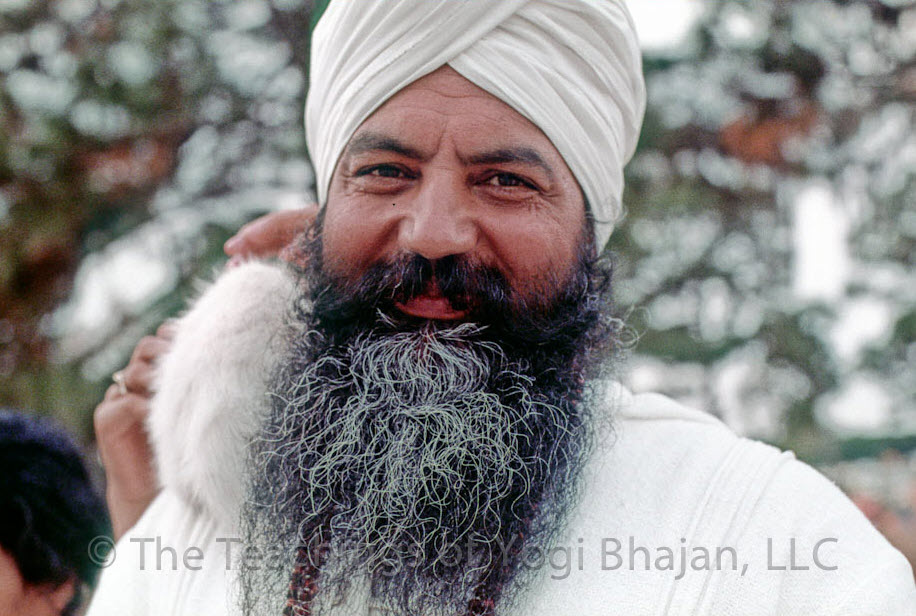 From page 105 of the book, The Man Called the Siri Singh Sahib, published in 1979 and written by S.S. Sat Purkha Singh Khalsa, Espanola, New Mexico

In early 1971, I went to my first Kundalini Yoga Class, in Kansas City. I began going twice daily, and within two weeks, I moved into the ashram and began teaching. I feared teaching might be premature, but it was my teacher’s request. As it happened, my teacher soon stopped teaching, but the other students in the ashram continued, with me guiding them, although I was without training given to me by the Siri Singh Sahib.

Each time I taught, I chanted “Ong Namo Guru Dev Namo” and each time I felt the vibrations of the man, the channel I had never met, but now represented. About six months later, I went to Los Angeles to study under him.

Several years later, at a teacher-training course, in Pomona, California, someone told me a story that cued me into the link between the Siri Singh Sahib and anyone who represents his teachings as a student-teacher.  He spoke of a time when he was talking with the Siri Singh Sahib, when the Siri Singh Sahib suddenly seemed to drift far away. He asked, “Sir, is something wrong?” He spoke, almost as if he were talking to someone outside of the room, “John, that is not right”. Then he said:” Someone in Kansas is teaching something wrong, and I felt it, but it’s okay now.” I never formally confirmed it, but I felt that I was the person involved in that situation, as unaware of it as I was at the time.

“Purity, piety, humility and service are the trademarks of the true teacher. So my dear ones, I have not come to this country to create disciples, I have come to create teachers.” I am a humble postman, and I am carrying your letters to you where you can see what is your destiny and what is required. It is up to you to do it and the time is NOW.”  ~Yogi Bhajan (Date not given)