The artist’s story in her own words:

In the year of 1989, in Guadalajara Mexico, my Kundalini Yoga Teacher, Gian Kaur, told me that there was going to be an interreligious event at the Hyatt Hotel and the Master Yogi Bhajan would be there.  She suggested to me to paint some Sikh battles to make them more known, to let people know who the Sikhs are.  Also, she told me that it would be a great idea to paint about Guru Gobind Singh who was a great master as well.

Gian Kaur told me about Guru Gobind Singh and she also read me about his battles.  At that moment I started imagining myself on those battles. I drew some sketches and then painted them in watercolor.

Once, at the event at the Hyatt Hotel, I presented a large watercolor; a battle with a central figure; a general; just painted as I imagined. During the event the Master Yogi Bhajan came to see my work, amazed to see the image of the general.  He asked me, “where did you copy that face?” To which I replied: “I
just imagined it and painted it …”.  And that’s how the images came to my mind and the battles arose, one by one. 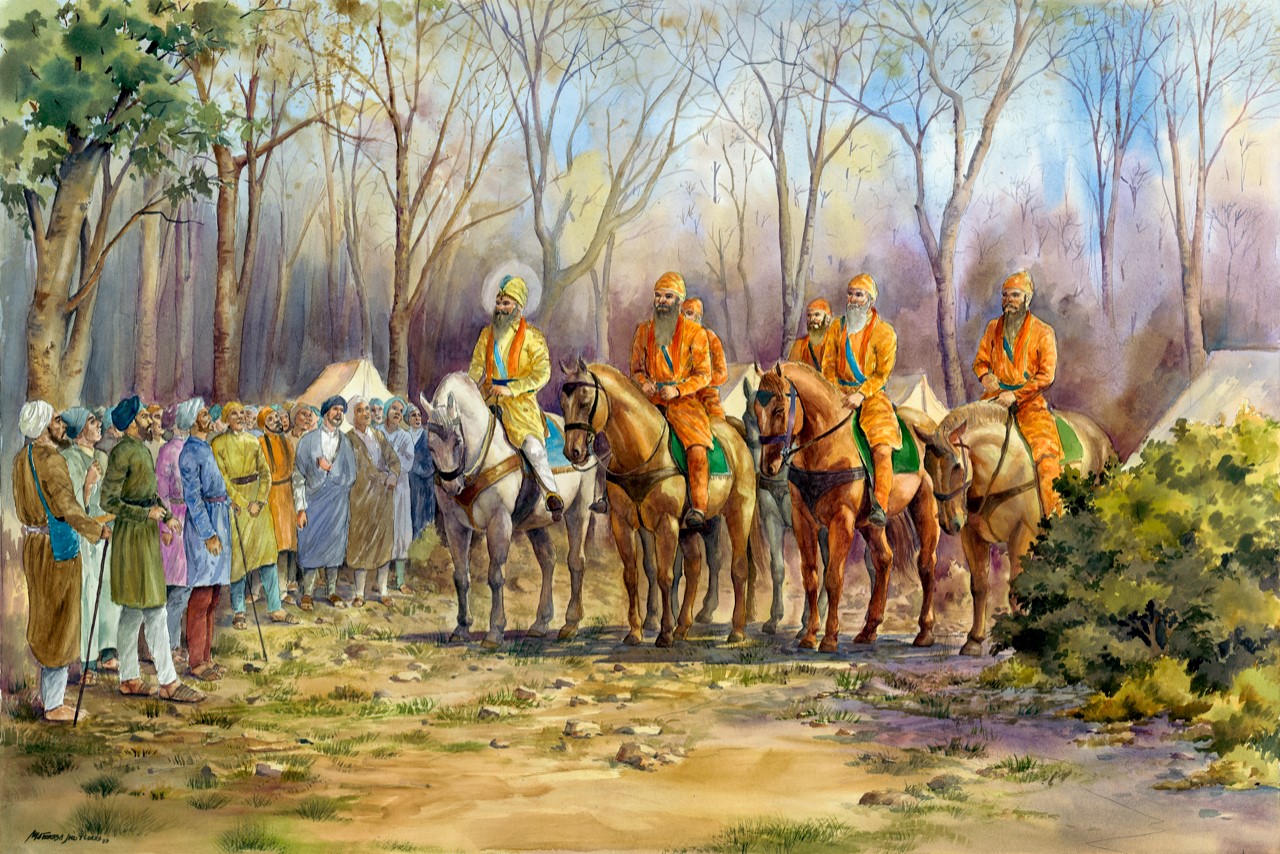 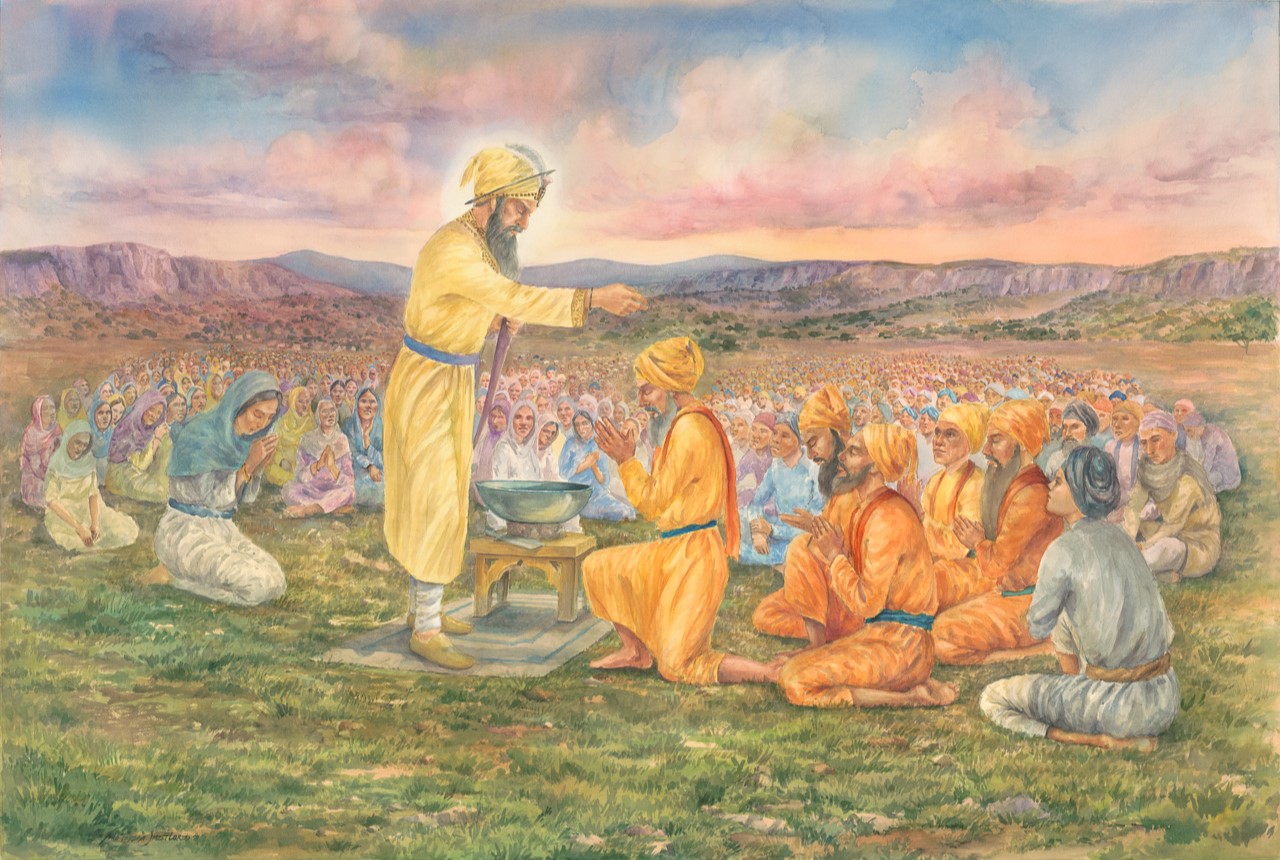 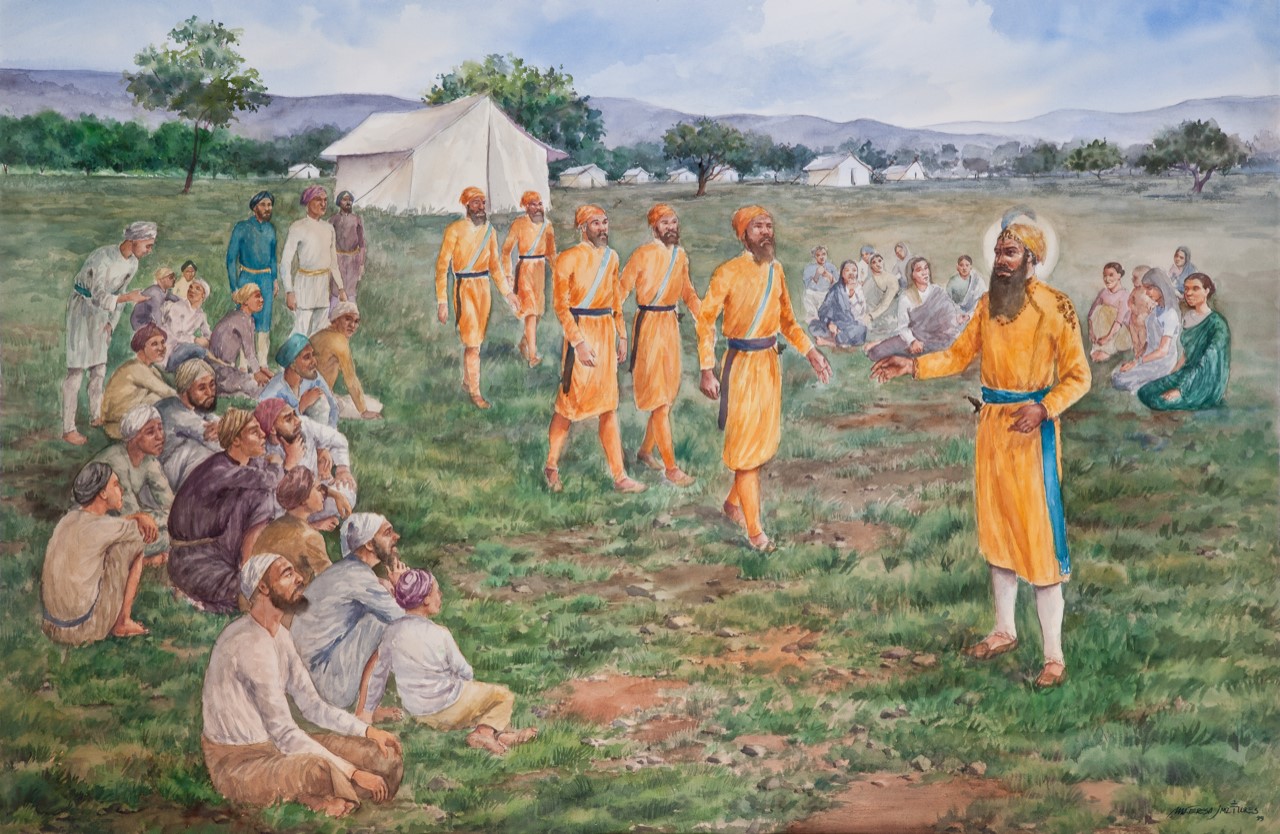 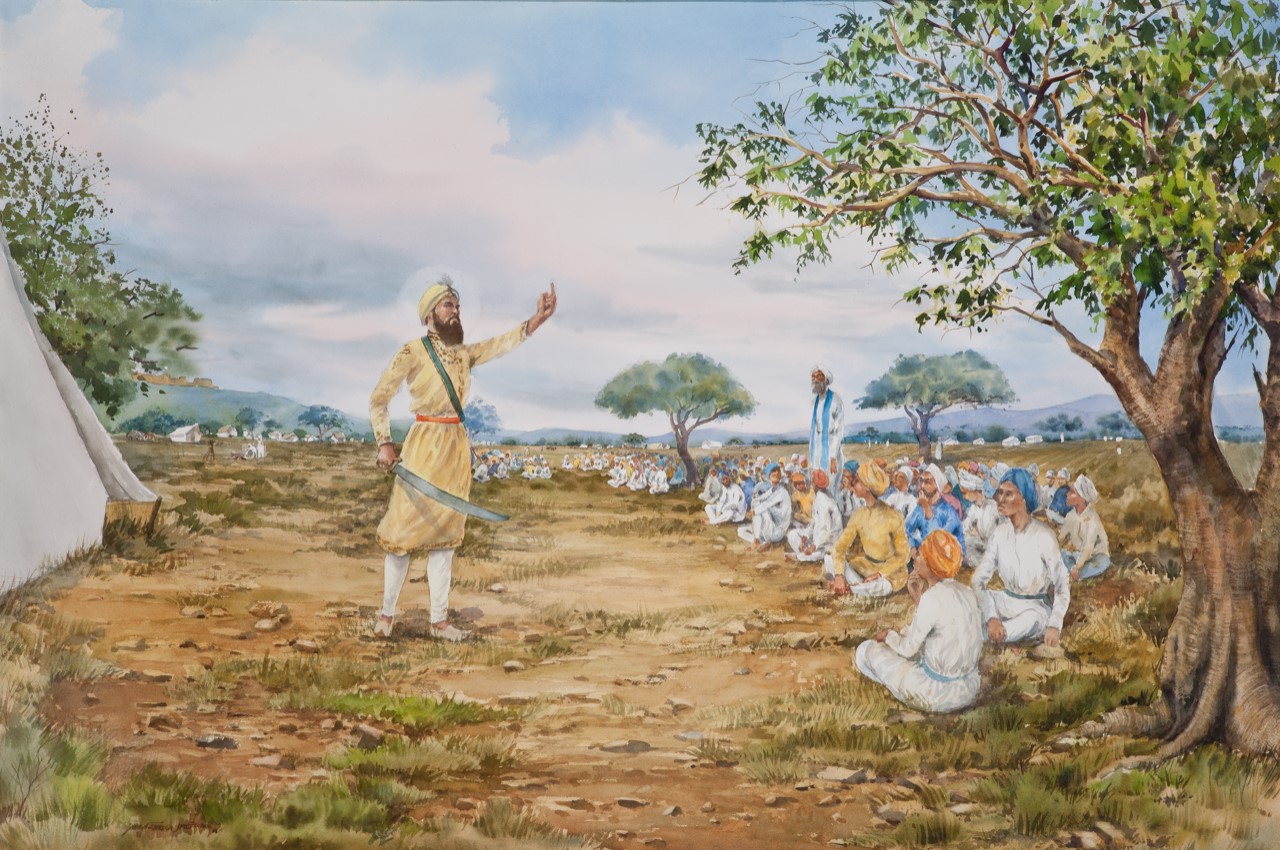 When I started painting, I felt transported to those places.  Even, at certain moments, I remember coughing from the dust raised by the horses.  I also remember that I felt great emotion when painting Guru Gobind Singh with the falcon in hand. It was like knowing him in person.  Immediately, I felt a great love for him and his mission in this world.

Ms. Flores at work in her studio