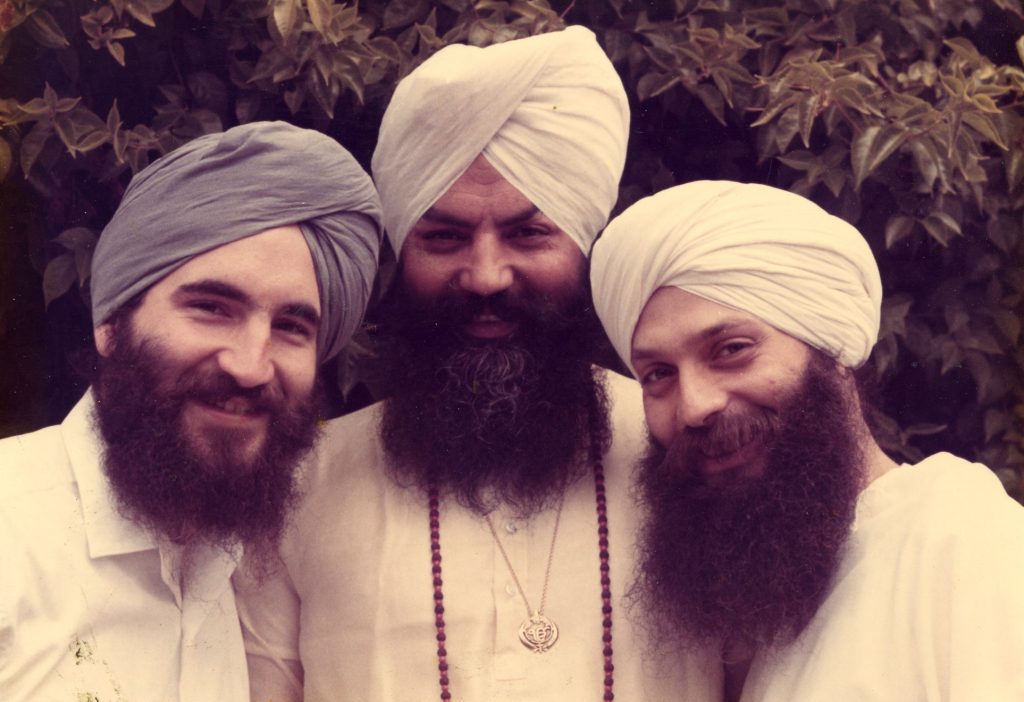 This poem is from page 84-85 of the book “Furmaan Khalsa: Poems to Live By” by Siri Singh Sahib Bhai Sahib Harbhajan Khalsa Yogiji, published in 1987

As the Muslim Festival of Joy
Follows the forty days of fasting,
So the student follows the Spiritual Teacher.

The Martyrs sit in God’s lap.
God Himself searches for Bhagat Farid.

Chant God’s Name
And follow your Spiritual Teacher
To the highest state of consciousness.

Realize God’s Will,
And, by His Grace,
You will know
That Karta Purkh is the Creator of All.

Practice Raj Yoga
And Nectar will fall,
As you merge,
Egoless,
Into the Infinite!

The Spiritual Teacher takes you to God.

Oh Yogi! Seeing God everywhere,
And merging with Him,
There is no forty days of fasting,
But only a constant Festival of Joy!

(As it appears on page 259 of the book Furmaan Khalsa: Poems to Live By)

This poem contains many Arabic and Persian words. It is written in a style evoking Islamic imagery. The word Rehbar means Spiritual Guide or Teacher. The role of the Spiritual Teacher is as a guide on the Path of Truth. He must confront the ego and never cater to the personality or the emotions. He is the shaper and polisher of the diamond consciousness of the student. The Spiritual Teacher must take you to God.

The Siri Singh Sahib uses the analogy of the Muslim festival of joyous celebration, Eed (which follows the _month-long yearly fast of Raze), to express the joy of the student who has found his Spiritual Teacher after many years of searching.

The next two lines are an aside in which the Siri Singh Sahib paints a picture of those who are blessed in God’s Court by their martyrdom, and of the Sufi saint Farid who loved God so much that God himself went looking for him, instead of the other way around. The deeper meaning of this comment may be that the Siri Singh Sahib is
honoring those lovers of God who have walked the path of the Spiritual Teacher before him.

The student’s path is simple: meditate on God’s Name and follow the instructions of the Spiritual Teacher and thereby reach the teacher’s state of consciousness: Turya (the deepest and highest level of waking consciousness.} The Persian phrase Rab razaa means the unknown Will of God which is constantly manifesting in the Creation and which is known only to God (before it manifests). The Gurmukhi word Hukum means the announced Will of God, in other words, an order or directive from the Infinite given to us through the vehicle of Shabd.

The Nectar which falls when you practice Raj Yoga is a phrase which describes the sensation you feel when the pineal gland secretes during meditation.

The final lines describe the state of consciousness reached at the end of the Path shown by the Spiritual Teacher. Notice how they echo the poem’s opening.