Home » Three Days in a Lifetime 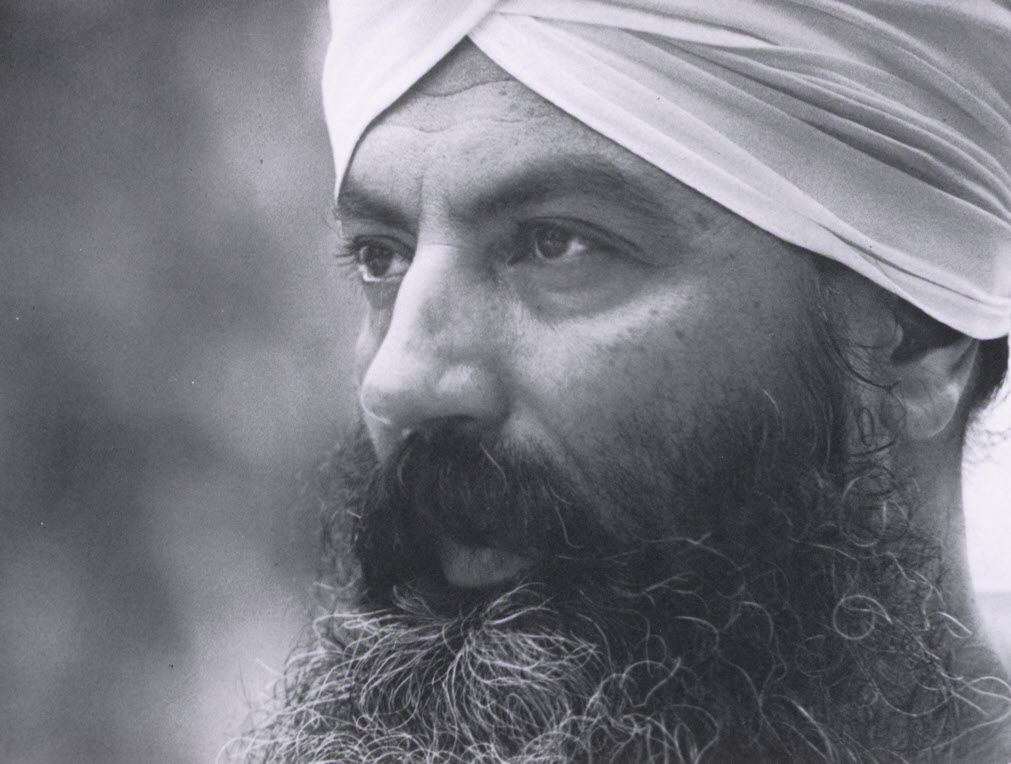 Written by Siri Krishna Kaur Khalsa of Eugene, Oregon  and shared on pages 161-162 in the book, The Man Called the Siri Singh Sahib, published in 1979.

It was October, 1975, in Amherst, Massachusetts.  I had heard about the Siri Singh Sahib for nearly a year, but mostly during the last month, from my yoga teacher, M.S.S. Gurushabd Singh Khalsa.  The White Tantric Yoga course coming up was to be held Tuesday through Thursday, and of course, it interfered with my mid-term studying, but it sounded like a once-in-a-lifetime chance, so I decided not to pass it up.  I was back on the East Coast for only four months on a cultural exchange program at that point, and my journal, as I look back on it, said I knew this course would change my life. It might not be immediately, but in time it would; and it would be good.

M.S.S. Gurushabd Singh had said many times during the past month that, if you keep your eyes closed, you can tell when the Siri Singh Sahib comes into the room.  So, on Tuesday night in Marks Meadow Gymnasium, there I was, dressed in white pants and white muslin top, with a funny scarf on my head, trying to feel normal while sitting and chanting, with one eye peering open every now and then, just in case I might miss him coming into the room.  It seemed like an awfully long wait as my legs had gone to sleep almost immediately upon sitting down.  When the Siri Singh Sahib did arrive, even though my one eye caught a glimpse of him, I “knew” he was there.

His presence was ever so powerful, and I was in total awe.  It was hard to understand him when he spoke.  I didn’t want to take my eyes away from him – I tried to concentrate on every word.  I remember thinking he was so beautiful, but I couldn’t understand why he was lecturing to a bunch of college hippies.

The words he spoke went straight to my soul.  It was what I wanted to hear all of my life: “I don’t care if you learn yoga from me or not.  I don’t care if you love me or hate me, that doesn’t mean a thing to me.  All I care is that you should learn to live together in the future as human beings and to take care of each other.”

That one statement alone inspired me so much.  I wasn’t being pressured or pushed into anything.  I had previously been into Alan Watts, Krishnamurti, and of course, Carlos Castanada, but nothing seemed quite so practical as these teachings. 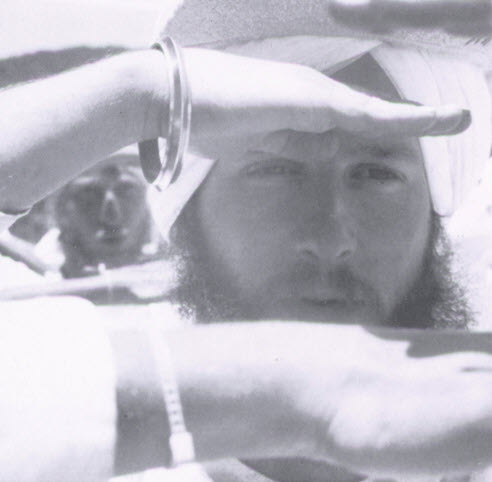 The White Tantric was hard and I remember after the second night, the Siri Singh Sahib fell backwards after the course was over, while people massaged his back.  The entire next day I felt incredibly guilty, thinking it was my fault for not being able to keep my spine straight. In fact, I almost didn’t come to the third night of the course, because I felt so badly; but something still drew me there. I was glad I went, for he explained that night that it was nobody’s fault and no one was to blame for his pain, etc. Obviously, he had tuned into my energy and I felt a huge relief from these words.

I don’t remember much else that was said, but I do remember the imprint this great man left upon me.  He wasn’t stiff or cold, he was real and he even laughed.  He talked about God and Guru Ram Das, too, and it brought a smile to me to hear him talk about them as if they were ever so close to him.

At the end of each night, he made us get up and dance, and dance, and dance and dance.  I immediately got blisters on my feet and asthma, but I hear that it’s all karma.  Then he told us to all come with him and eat pizza.  I chose to use what little energy I had left to go back to my dorm room, but I knew my life would never be the same.  Those three nights were the highlight of my entire life, every ounce of pain felt totally beautiful, and I felt an incredible strength from that.  It’s true the White Tantric Course was a once-in-a-lifetime chance and it definitely changed my life.

To our guide and humble servant, Siri Singh Sahib Bhai Sahib Harbhajan Singh Khalsa Yogi ji, may the strength of your love, service and humility be exalted through all time.

Home » Three Days in a Lifetime