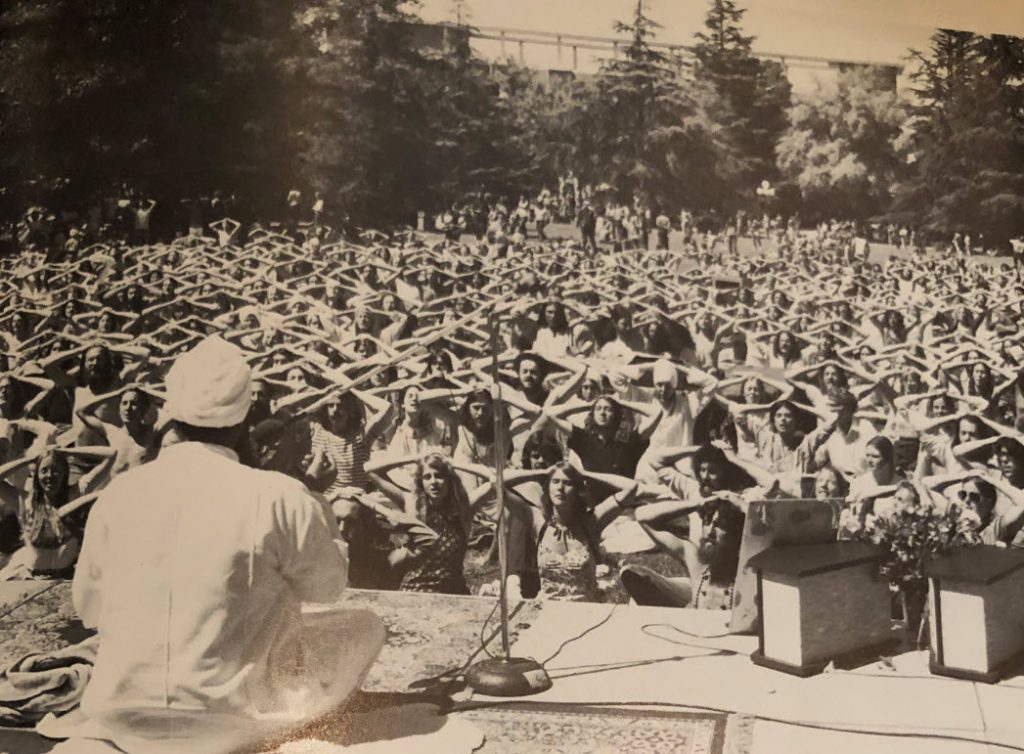 This article was written by S.S. Subagh Kaur, Lyons, New York and shared on page 150 of the book, The Man Called the Siri Singh Sahib, published in 1979.

It was early spring in Boston.  Spring fever was rampant.  My husband had been reading Eastern Philosophical religious books but was most affected by Baba Ram Dass’s book, Be Here Now, and he had decided to sit back, relax and wait for his teacher or master to appear.  I was waiting for happiness from somewhere – anywhere to appear.  Our marriage was very shaky, our finances low, our tolerance to stress almost nonexistent.

My husband noticed an ad in the local radical paper that a yogi would be giving a lecture in town.  He was interested in hearing the lecture and I was curious to see what a yogi looked like.  Do they perspire like other people?  Do they get nervous in front of audiences?  I went with a very critical eye.

The room for the lecture was about half-full.  There were some very etheric looking people there who seemed as if at any moment they would ascent from their seats and peacefully float through the windows (or at least they looked as if they aspired to float).  Suddenly, a hush.  An enormous man glided to the front and sat cross-legged on a raised platform.  I continued to wait for the yogi to appear – surely this man couldn’t be him.  He was large; yogis are tiny.  He was a man – no doubt about it; yogis are neuters, aren’t they?  And he was perspiring –he had human attributes; he must be an imposter.

He spoke for about half an hour.  I didn’t understand more than a few words he said. His accent, or perhaps it was his ideas, went right past me.  I was getting restless.  Then he had us do a short meditation, and in an instant, the world changed. I didn’t know what happened.  I was still skeptical but now I felt as if I were floating.  It was strong enough to  propel us towards twice weekly yoga classes where we tried, we experienced, we knew.