Home › History › 3HO History › Where it all Began 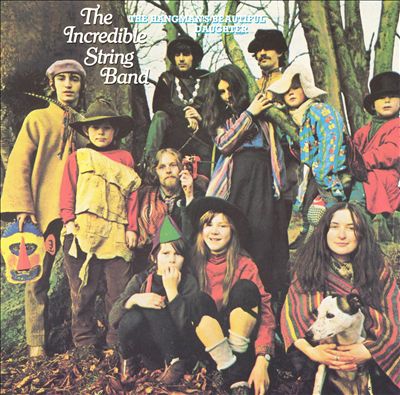 This article was written by Willem Wittstamm and first appeared in the 2009 – Feb Mar edition of the Aquarian Times.

Most of you are probably aware that 2008 is a big jubilee year because it’s forty years ago that Yogi Bhajan came to the West. Probably not so well known is the fact that the song “May the Long Time Sun Shine Upon You” was first published that same year (1968). It’s the closing tune of “A Very Cellular Song” on the LP The Hangman’s Beautiful Daughter of the Scottish based hippie-folk band, Incredible String Band.

I was/am a great fan of the Incredible String Band. And this is my favorite of their songs. Two years ago I met Shiv Charan Singh and his Karam Kriya group in England. Being interested in Numerology, I was attracted by an email concerning a retreat in my neighbourhood. This was my first contact with Kundalini Yoga.

I looked up the address of the Incredible String Band members. Robin Williamson, one of the two leaders of the band, got back to me, saying he knew that the song was picked up by Yogi Bhajan’s students during the sixties. Mike Heron, the other band leader said that both the tune and the words were his creation and were registered at the “Performing Rights Society” in the spring of 1968. So the song is forty years old now.

Mike also told me that they never met Yogi Bhajan or any of his Kundalini Yoga students. But the Incredible String Band toured the States several times in the late Sixties and “May the Long Time Sun” was always the farewell song on their live gigs (they also played Woodstock). Looking for details about how the song was integrated into Kundalini Yoga classes as the closing prayer, I found the answer in the Aquarian Times Winter ‘05 issue. Gurudass Singh of Virginia wrote in an article about the Khalsa String Band: “One day as he (Yogi Bhajan) entered the room, a group of yoga students including Guru Singh were playing a round of a piece by the Incredible String Band. Yogiji asked them to keep playing it, and from then on requested them to play it after his classes. It quickly became a tradition that continues today at the end of every Kundalini Yoga class taught throughout the world.”

During its forty years of existence the song inspired many people worldwide. During my research I came to know Paul Joseph from Australia, known as “Doctor Love” in the late Sixties. He wrote to me and told this story: “… my deep appreciation and warm love to Mike Heron for all his wonderful gifts, but especially for this chant which has brought immense joy and meaning to my personal life and more importantly, great commonality and spirit in action for my community…The song became the anthem of the Aquarius Festival thirty-five years ago and is now carved in the streets of Nimbin, Australia, and etched in the hearts of many. The song has been the theme of a whole migration and resettlement of an area of Australia called the Rainbow Region.

“It started on one of the first student meetings about the Aquarius Festival. They were a particularly radical lot up there and the arguments raged around the room and chaos threatened. I had recently learned this little song from the Incredible String Band. I started to play the tune quietly on my guitar, hoping to add a peaceful element to the proceedings. Whether it was the magic of the words or the seduction of the sentiment, the mood of the meeting changed.

By the second chorus people started to hum along and by the third time everyone was singing together and an amazing feeling of joy arose in the room. The transformation was really delightful. When the song concluded someone said, ‘I fly kites, I could run a workshop on kite-making and flying.’ Another said, ‘I’ve got a truck, my uncle’s got a chainsaw I can borrow.’ The enthusiasm became infectious and we were warmed by the fires of creativity expressed there—a fire which is still burning after thirty-five years!”

During the original festival, which had no program or stars, but was Australia’s iconic hippy love fest, the song worked particular magic. Paul Joseph headed a procession throughout the festival site and over 5000 people joined in singing and dancing to the tune for over two hours.

This year he has been elected president of the Aquarius Foundation and was invited by the city council of Nimbin to put an exhibition together in the regional gallery. It’s called “Aquarius ‘08 – May the Long Time Sunshine upon You.”

I personally had so many magical moments singing this song, the latest being not so long ago at the funeral of my wife’s grandma. After what I thought was a somewhat hollow sermon by the priest, I stood up and spontaneously sang this song. How calming and soothing it was, magically closing wounds. We all cried and laughed at the same time. It fit so well and was consoling to sing “Guide your way on … Sat Nam.”

There is one subtlety about the “closing prayer” I would like to share with the sangat (spiritual community): I have developed a “technique” to intensify the direct impact of a kriya using May the Long Time Sun Shine.

Let me explain. Closing my daily yogic session, I sing the song and take a deep breath before the last line. When I have reached the “n” of the last word “on” I stretch it: “nnnnnnnnnnnn” and lay my tongue against the upper palate using all my concentration to vibrate the essence of what I had experienced/learned/imagined during this particular kriya into my physical body. It’s so strong and direct, sometimes it vibrates my whole head. The message is definitely anchored in the body. (See How Sound Affects.)

I would like to invite you all to join me in expressing my gratitude to Mike Heron, the originator of the song, through which he has given so much to the yogic community. So, why not say “thank you” now? So many people have received such a wonderful benefit singing this tune. The year of the 40th anniversary of 3HO seems perfect for a gesture of thanks to the originator of the Long Time Sun song. If you would like to join me in expressing gratitude or conveying experiences you had with this song, please send me a letter or an e-mail. I will collect the emails/letters and forward them to him.

May the long time sun shine upon you, all love surround you, and the pure light within you, guide your way on.

NOTE: Willem Wittstamm is a Kundalini Yoga teacher in Germany. He hitchhiked through Europe/Asia in the Seventies, played music in the Eighties, traveled with a variety show in the Nineties, and is now married and the father of five children. His special interests are Celestial Communication and Kriyas using Jap Sahib.

Home › History › 3HO History › Where it all Began