Home › Experiences › Our Stories › Being a Teacher 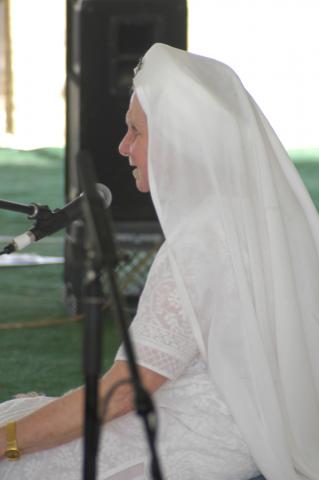 “Just teach what you know, and teach people to relax.” ~Yogi Bhajan

On my own, I certainly couldn’t teach Kundalini Yoga. This is not false modesty. It is a fact I learned from Yogi Bhajan. Every evening before he sat down on the teacher’s bench at Guru Ram Das Ashram in Los Angeles, he would stop at the altar, hands folded in prayer. One time I asked him what he was doing. He told me he was praying, “Oh Guru Ram Das, I’m just a nut, please teach this class for me.”

He never took personal credit for anything. I believe this is one of the main reasons he was such a beloved and effective teacher. He had achieved incomparable yogic mastery, awareness, and power; he was not just an ordinary man, yet he downplayed the vastness of his mastery. We’ve all read in the Bhagavad-Gita about how the warrior Arjuna couldn’t handle the enormity of it when his “friend,” Lord Krishna, revealed the full glory of his cosmic consciousness. Yogiji didn’t want us to be overwhelmed by him; he wanted us to love his teachings—not him.

Whenever he was complimented, admired, or thanked, he always said “Guru’s grace.” He humbly acknowledged that God was the Doer of everything. He said, “I’m the mailman, not the mail; the water pipe, not the water.”

Training us to become teachers, he often warned us about the incurable disease called Spiritual Ego, which makes you think you’re really hot stuff. It’s easy to get such an inflated ego when you start teaching and people give you accolades. The only way to prevent this disease is humility. Surprisingly, however, there’s an opposite kind of ego—the pathetic, insecure little self that tells you you’re not perfect enough, or you don’t know enough to teach (as if you are the doer!). Yogi Bhajan once told me, “Just teach what you know, and teach people to relax.”

Yogi Bhajan didn’t give me a chance to worry whether I was ready to teach or not. His teacher-training program was quick and decisive, and I was his first trainee. Twenty-five yoga students were lying in corpse pose relaxing after an exercise when he said to me, “Now you teach the class.” Then he walked out of the room.[1]

I was terrified. I had been going to his classes for about six weeks. I had taken reams of notes, but I had certainly never taught a class.

Nearly panic-stricken, I feebly tuned in with Ong Namo Guru Dev Namo, and told the women to stretch and sit up. Then I led them through the same sequence of exercises he had just given. That was a format he had often used, so that’s what I did. My mind was on automatic pilot. Somehow I managed to finish the hour. I don’t remember much about it except that my rendition of Long Time Sunshine was pretty sad.

It’s 36 years later, I’m still teaching, only now I’m not terrified. (I can even sing Long Time Sunshine without any mistakes.) I especially love teaching beginners, having them tell me how their lives have improved since they began practicing Kundalini Yoga is tremendously rewarding. Many of them have gone on to become teachers themselves.

I still rely heavily on Ong Namo Guru Dev Namo. “Tuning in” is not a ritual. It worked for me in 1969, and it still works. It’s the direct “dial a prayer” number that invokes the guidance and consciousness of the saints and masters who preceded us on this path (including, of course, Yogi Bhajan—as well as Guru Ram Das, Master of Raj Yoga[2]). Chanting this “reverent greeting” sets into motion the cosmic law, “Where you bow, you will be blessed.” I feel truly blessed when I teach. It is my experience of Guru’s grace. 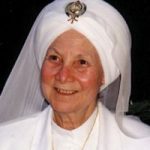 Known as the ‘Mother of 3HO,’ Shakti Parwha Kaur Khalsa was Yogi Bhajan’s first student in the United States. She started teaching Kundalini Yoga in 1969. She was officially certified by KRI after completing the first Masters Touch Teacher Training Course in 1996. Author of Kundalini Yoga: The Flow of Eternal Power, Tool Kit for Teaching Beginners, Kundalini Postures and Poetry, and Marriage on the Spiritual Path.

Home › Experiences › Our Stories › Being a Teacher