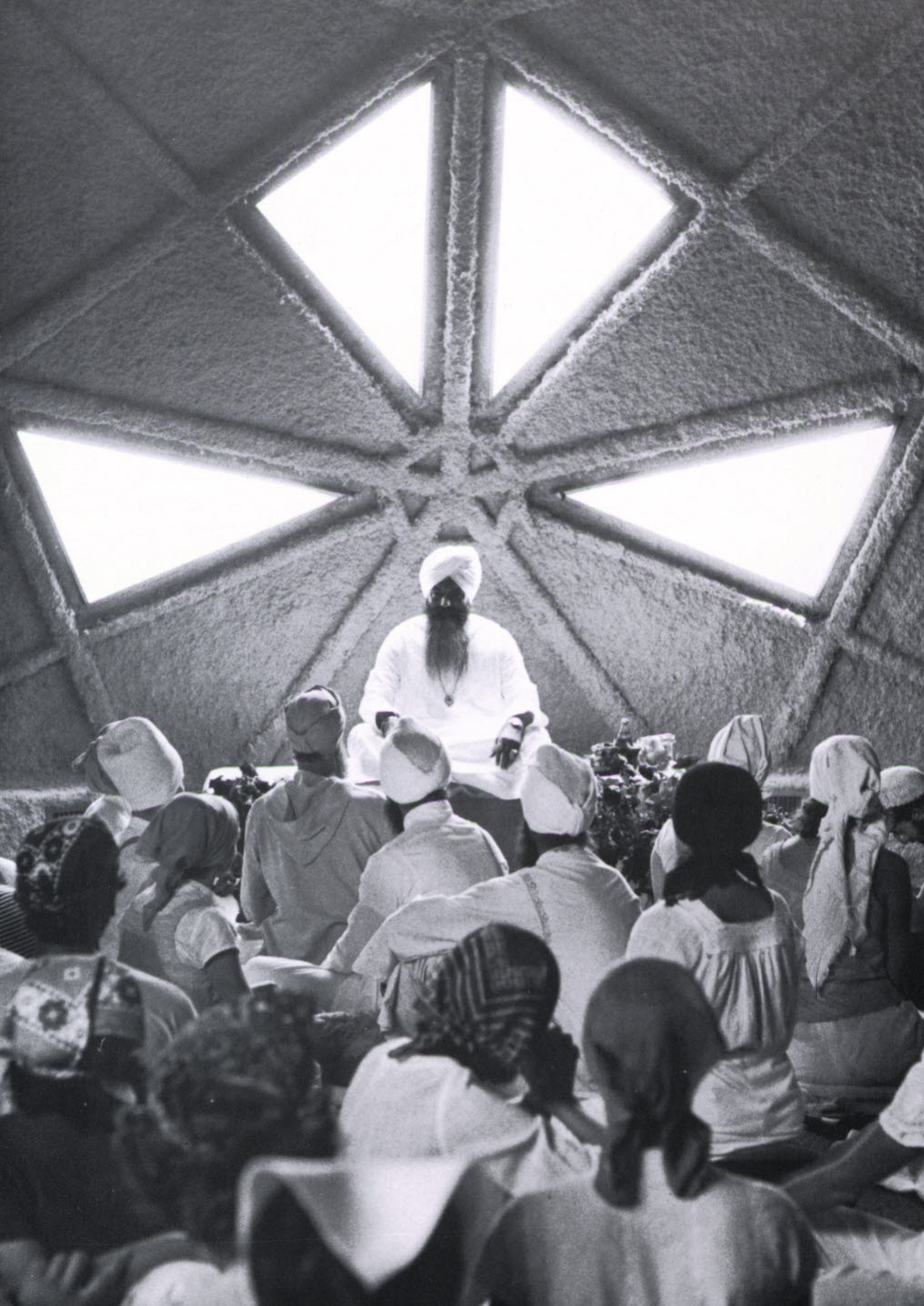 This was shared on pages 67-70 in the book, The Man Called the Siri Singh Sahib, which was published in 1979 and written by M.S.S. Sardarni Premka Kaur Khalsa (aka Pamela Dyson)

He accepted me as a student before I consciously understood what it meant to have a spiritual teacher.  He guided me to chant the Name of God before I knew what the words meant.  He motivated me to prepare copies of an English translation of Japji for his other American students before I had any idea of what the Siri Guru Granth Sahib was, or even knew the meaning of the word Sikh.  His charisma, his positivity, his total confidence in the value of what he was giving me, persuaded me to follow is instructions.

I had come to him to learn yoga and I had come with the hope of finding a spiritual guide for my life. He taught me to be a student, he taught me to obey, he taught me to trust. He gave me the Nam, he crushed my ego, and he gave me constant support through all of the accompanying changes.  He showed me that there is such a thing as honesty, trust and love which does not exploit, but which gives and guides and shares and teaches, all the way up to infinity.

Then came my moment of questioning.  Then came my moment of test and challenge.  That moment came just thirty-five days after I had first begun to chant the Nam during the ambrosial hours.  The moment came after I had had a small glimpse of who this man was, of the God for whom he was a humble channel.  The moment of test came, and I was weak.  There was slander, there was gossip, and in my mind the question arose:  can I really believe in this vision which I have glimpsed, of the hope and Truth and honesty which this man seems to represent, or will it turn out to be another of those baseless flights of idealism which my mind has pursued before?

Experience had convinced me that I couldn’t really trust the perceptions of my own mind; I had trusted before, I had loved before, and I had honestly had a vision and believed before.  But all of those dreams had been shattered and had broken my heart into a million pieces, and the disillusionment had left me untrusting, cautious and skeptical.  It seemed that it was never safe to trust in anyone, nor was it safe to live in a fantasy of universal brotherhood and the fulfillment of the ideal of Oneness under God.

So, I chose to leave the discipline which I had been practicing for such a short time. I chose to run away from the teacher with the powerful charisma; the man whose words were so penetrating, that I had no defense against them.  I felt that if I didn’t do it then, I might never get away.  So I did it, and I found that in order to do it, I had to involve myself in every type of escapist activity available in the American society, (Hollywood, at that), and I managed to act out more negativity in the next month than I had previously experienced in my entire twenty-five years of life.

Physical pain finally brought me crawling back for relief, after being saturated with all of the grossness of the young “hip” society of the day, an experience which had literally brought me to my knees.  In that state of humility, the words of Yogi Bhajan in the next class which I attended, pierced through all my layers of fear, insecurity, anger, frustration, despair and ignorance – and it was clear to me in that moment in time, just what is the nature of ego and intellect.

Then my heart cried out in prayer that God should keep me humble, that God should always let me remember his priceless lesson in surrender to His Will.  God had guided me, in answer to my own prayer, to this spiritual teacher who could help me fulfill the highest destiny for which I had been created.  Then I knew that my life must be dedicated to serving that end.

This very drama is enacted by nearly every individual who comes into any kind of contact with Yogi Bhajan – only each individual has it packaged in a unique wrapper, and each one carries it through to a different stage and may come to a different conclusion, depending upon their destiny, God’s Grace and their facility to recognize the play and the drama of the ego encountering the subconscious mind.

Yogi Bhajan is an instrument – that is what a spiritual teacher is meant to be – an instrument for exposing our weaknesses, our fears and our failings.

Then, he is a support to give us the means and the techniques for overcoming them.  He is a mirror, reflecting our own image and if we are not completely honest, or we are weak, we will insist that all of the dirt we see belongs to the mirror, not to us. 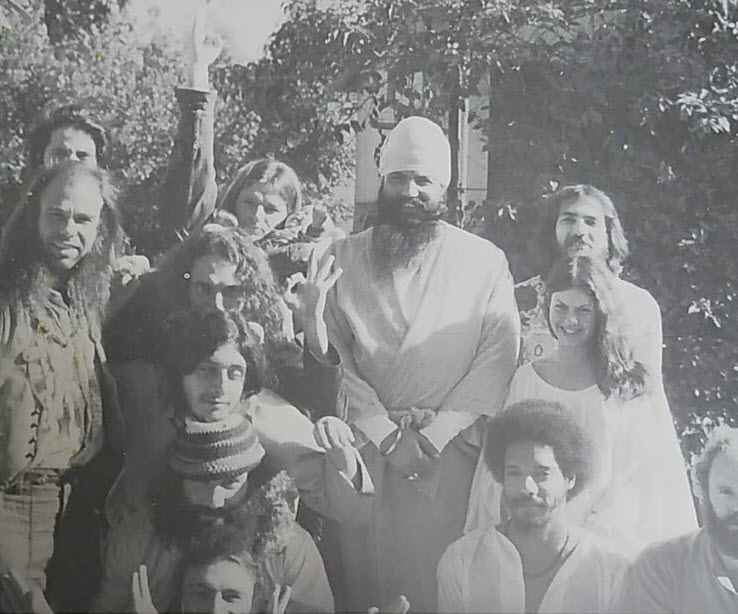 Indeed, Yogi Bhajan seems to be a magnifying mirror, not just an ordinary mirror.  When I, myself, was afraid to trust, I was convinced that he was the most untrustworthy of all beings.  But when I opened my eyes to the reality, I found that he was totally constant, that he was still there giving me love, support and encouragement, in spite of the fact that I had betrayed him, slandered him and totally mistrusted him.  He was constant, because he had given his head to his Guru and now the Guru used his body to do his job. Therefore, this man known as Yogi Bhajan had no personal motivation, no axe to grind, no goal to exploit.  He was very open, very clear, very honest, very direct and straightforward about what he wanted to give, what he wanted to do, and how it was to be done.

All of the qualities of this man are truly beyond the normal experience we have ever had of another human being.  He is mentally vast, he is powerful, he is big, he is bold, he is direct, he is blunt, he is outspoken, he is totally simple, yet impossible to fathom.  He is utterly intelligent and wise, yet innocent as a child.  He is most clever and most uncomplicated.  And all of that strength and power have been put at the disposal of his Guru.  And his faith does move mountains, does transform consciousness and heal minds, souls and bodies.

Yet, when all that strength is viewed from the ego; when all of those qualities are there to be seen from the eyes of past fear and pain, the image turns into a kind of monster of misconception. We look into the mirror and we believe we see manipulation, exploitation, misuse of power, lust, anger, greed, pride and attachment!  We want to run from that image to everyone declaring that “the monster” really lives in the mirror.  The monster thus   ceases to be recognizable as a reflection of our own consciousness.  Now the monster only lives in the mirror and if we direct enough energy at the mirror and if we can convince everybody that the monster lives in the mirror, we won’t ever have to deal with the real monster that lives inside of us.  We can forget our monster, because by comparison it appears insignificant and it is really much more important to slay that monster in the mirror! 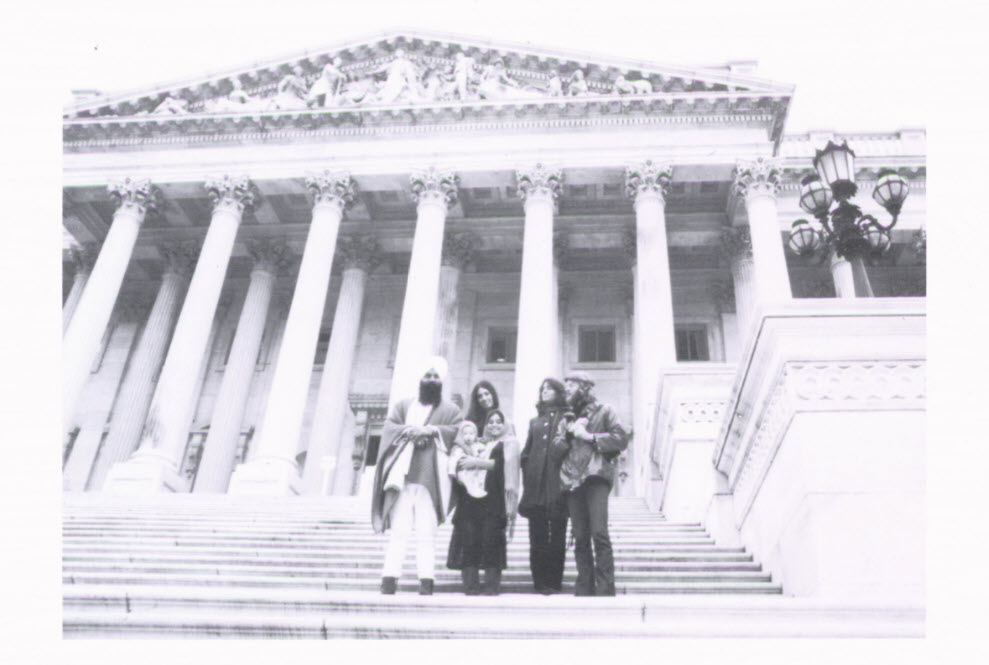 The media is the message in this KaleeYug.  For media has become so all- encompassing, that we are constantly bombarded with information about people, places and things. Truly the world sits in our living room, and gossip has expanded to new heights and dimensions never before witnessed in the history of humanity.  The media is used for exploitation: it persuades, it sells, it demoralizes, it influences, and it literally shapes an alienated consciousness in the world.  Media such as television, radio, movies, billboards, etc., which could all be used for advancement of the human race – to teach people practical lessons, to inspire them to a righteous dedicated life, to remind them of their humanity instead of their inhumanity, are instead filled with violence, perversion, gossip and slander, catering to the grossest appetites of the human consciousness, and even expanding those appetites until they are all but insatiable.

Therefore, it is fitting that this teacher of the time would be an object of much slander and gossip.  After all, that is the prevalent vibration of the age – that is the level of communication, and it is the groove which has been ingrained into the minds of the masses.  People claim they want to hear “the truth”, believing that “the truth” is always different from what appears on the surface.  Look at Watergate, look at President Nixon, look at Jacqueline Kennedy, look at the assassinated President Kennedy, look at every hero of American society and see the lust for dragging their image through the mud.  But there is one hero (Siri Singh Sahib Bhai Sahib Harbhajan Singh Khalsa Yogiji) who has proven time and again that he really is what he appears to be – “Through every test he has stood tall”.  Therefore, it is essential that the reality of him, of his life, his words and his actions, be recorded for posterity, that his story be told for the generations which are to follow and which deserve to know the truth about the man who shared with humanity the most priceless teachings of human existence.