Guardian of the Future 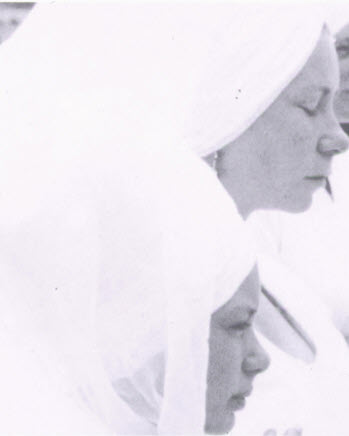 No one can honestly deny that woman has traditionally been considered a second-class citizen in the Western World. She has been discriminated against as a female in every aspect of life.  Even her role as a mother is not respected.  There is no need to search far and wide or penetrate deeply into the matrix of society to know this.  The advertising medium, for instance, serves as a quick and easy index of women’s position in our society.

“Woman is used as a tool  of the advertising industry… the most graceful being on this planet is treated disgracefully as a playmate, a sexual toy.  When we treat the mother of our next generation in such a lowly negative manner, how can we expect the human condition to improve?”  ~The Siri Singh Sahib 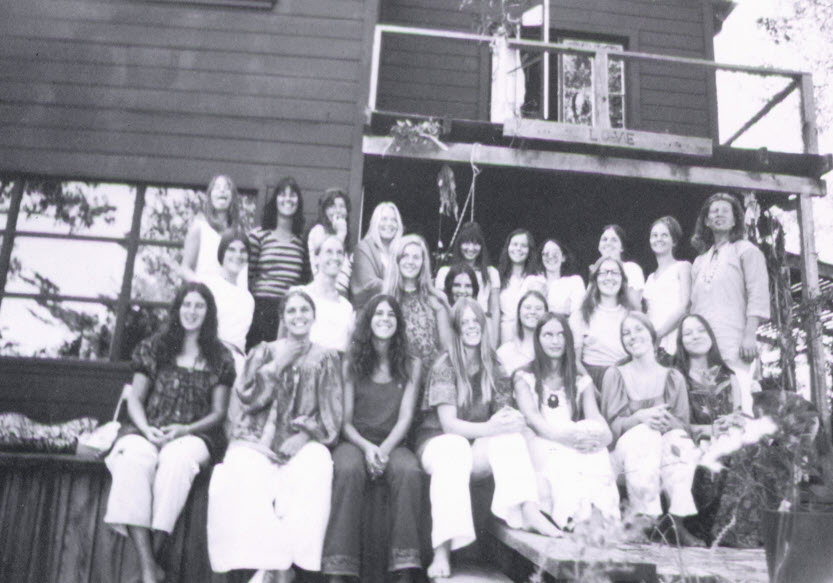 Society rewards the flirt mind in woman rather than the alert mind.  This motivates a woman, rather it programs her to plug herself into a system of commercial exploitation.

“In America you have been  taught to be anything other than graceful, because once you adapt to be graceful, you cannot be exploited.  This sexual  culture, this las Vegas, America, is very afraid of one thing:  under no circumstances should woman become graceful, because if woman becomes graceful, who will sell their booze?  Who will please their salesmen?  Who will be used as the property of the politicians?  Woman is currency which is used for many, many underworld dealings.”  ~The Siri Singh Sahib

Although the exploitation of woman is still flourishing, the seeds for its undoing have been planted.  Yogi Bhajan knew that western society’s low esteem for woman meant the survival of humanity as a higher consciousness entity was in danger.

He has said time and time again, “As long as humanity does not learn to respect woman, there can be no peace on earth.”

On September 22, 1971, in the San Francisco Bay area, he began a one-man crusade against the exploitation of woman. He chose first to help humanity through woman because “When a man falls, an individual falls, but when a woman falls, a generation falls.” And “When a woman rises, God rises.

“One thing shall never betray a woman:  her own light and own radiance as a woman.  If the light within her can guide her way on, she will definitely excel.”

His message was very simple:  woman, you are the Grace of God.  On that day, for the first time, women were taught to recite the mantra “I am the Grace of God”, thereby affirming their oneness with God, the Creator.

Yogi Bhajan instructed the women to share this teaching with other women and start a Grace of God Movement Women of America.  It was time to stop being exploited, clean their auras and re-establish a projection of grace on the planet earth.

He told the women that all of humanity needs the grace of woman to uplift itself and the radiance of woman to guide itself to its proper collective level of elevated consciousness and destiny as human beings.

The seeds of self-esteem, courage, security and hope have sprouted in a formal way as Grace of God Movement Women of the World, Khalsa Women’s Training Camp and Women’s Survival Courses.  The sprouting continues as commotion and contempt give way to commitment and compassion, denigration and despair to dignity and divinity, flirtation to fidelity, insecurity to Infinity, notoriety to nobility and prostitution to purity. 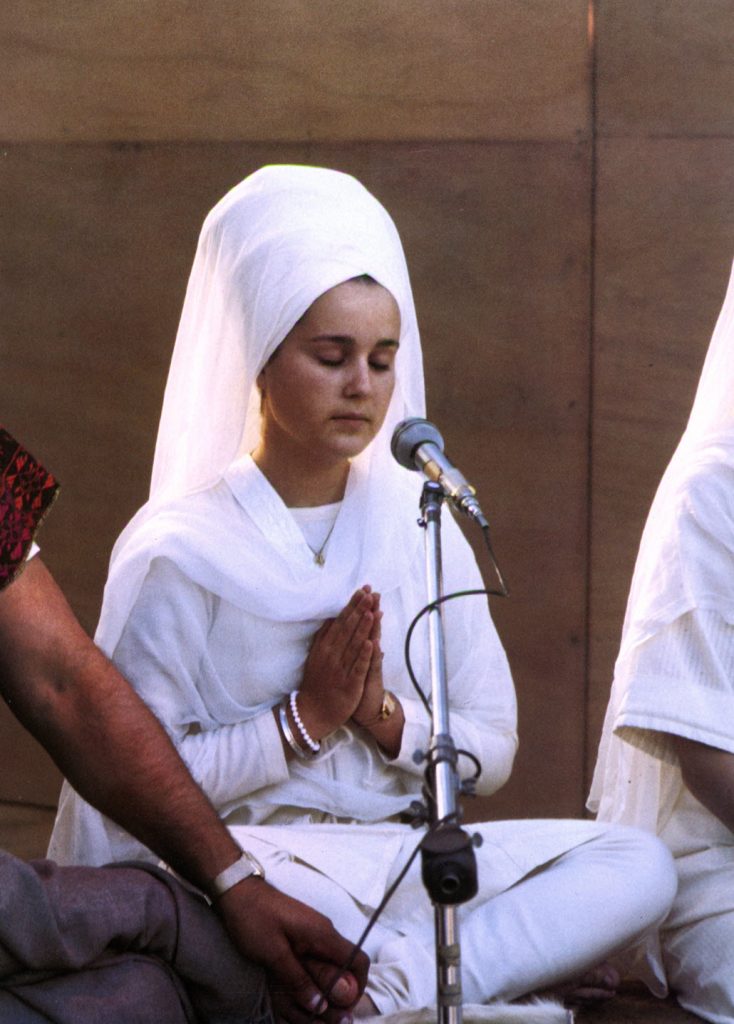 The summer training camps have been immensely beneficial in inspiring and helping women to live as physically fit, intelligent, happy and spiritual human beings and to help others to do so.

In the summer of 1975 in Espanola, New Mexico, the first two-month camp was held to teach the 3HO lifestyle.  Almost all of the participants were women.  The effect on their consciousness and its carry-over value when they returned to their friends and families was extremely positive.

This experience reaffirmed the usefulness of an old tradition in India where women left their husbands for one to three months to spend time with other women in order to work on themselves in many different ways.

The following summer, the first Khalsa Women’s Training Camp came into existence.  The Siri Singh Sahib told us that “This camp will never happen again.”

I didn’t understand then, because he had also announced that he was going to teach again the following summer.  But as each summer course has passed, I do understand.

“One thing shall never betray a woman:  her own light and own radiance as a woman.  If the light within her can guide her way on, she will definitely excel.” 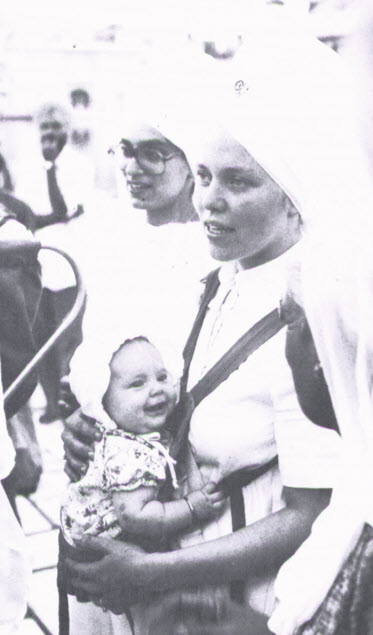 Time never repeats itself; the space is never the same, and the wisdom which flows through this Master is unique to that time and space, building upon previous experiences to lead women along a pathway to dignity, divinity, and nobility.  The Siri Singh Sahib lectured several times a week in the summers of 1976 through 1978.

The experience of listening to and reading those lectures, literally transports your consciousness to a higher plane, sharpens the mind, activates intuition and feeds the soul with Truth and love.  It is a liberating experience.  Freeing a woman from society’s program-for-confinement-of-creativity-and-fultillment-as-a-human-being, it opens the doors of perception to her potential and her purpose in the whole of creation as a “fountain of divine spirit.”

For man, it gives him a new platform from which he can view woman as the Grace of God.

I have taken selections from a few lectures which will give the reader an experience of the wisdom, profound insights into the understanding of the nature and divinity of woman which this Master possesses.  Looking at these lectures from an historical perspective, the timing is perfect, because this is a time when women are asking, “Who am I? Who are we? What are we”?  Are men and women basically the same in nature? Does my mind work exactly like a man’s?  What about my emotions?  Do we view relationships in the same way?  What role does spirituality play in my life?

Answers to these and other questions can be found within his lectures.  As women are exposed to these teachings, they begin to perceive the threads that run throughout the fabric of the nature of all women, and those that are unique to each.  The superficial layers of the self begin to give way, revealing the inner true Self, divine and unlimited.   Once discovered and understood, it is integrated into life’s everyday activities and relationships. 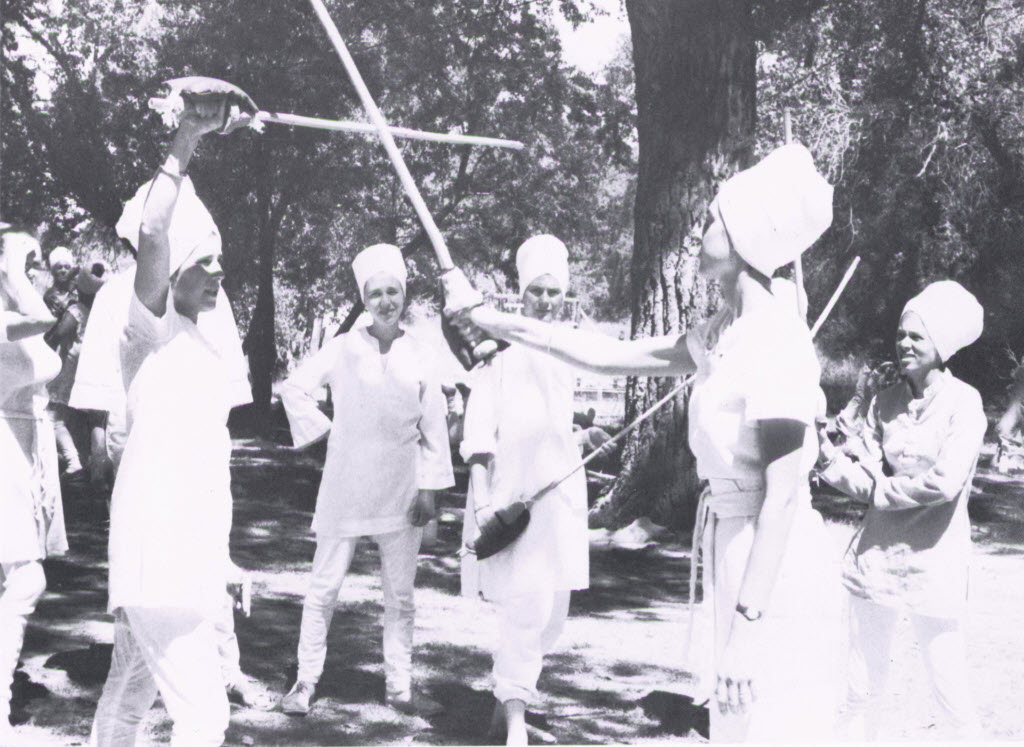 The consciousness of humanity can and must change.  Gone will be the view of woman as a lesser being, and instead she will be recognized as the guardian of the destiny of the future.  The cry of the Siri Singh Sahib for woman to awake had been heard by hundreds and thousands of women, and now they echo the call – “Oh, woman, be a woman,” and women respond “My Unknown is known to me… I am the Grace of God.”