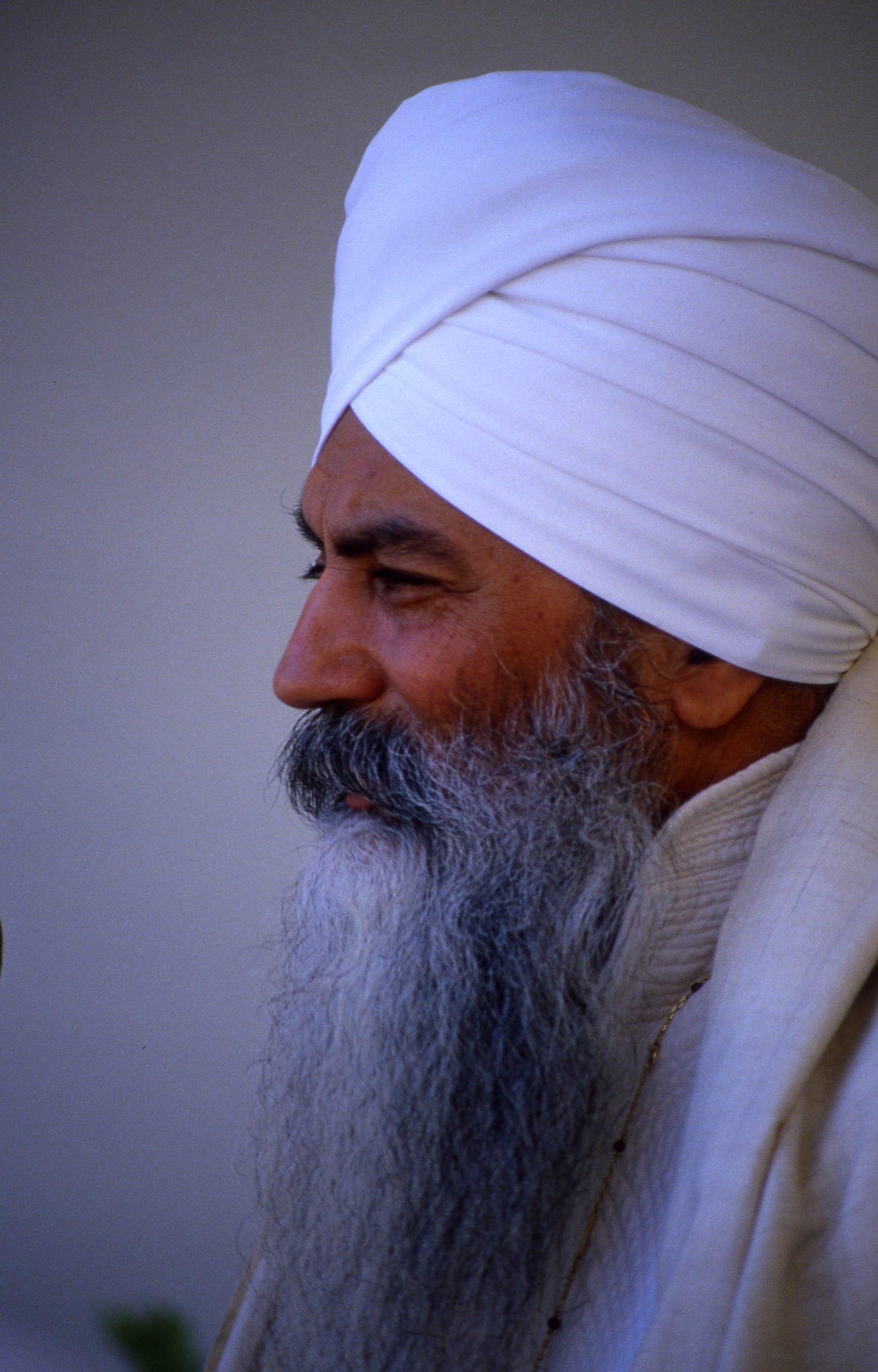 This was shared by Ek Ong Kaar Kaur Khalsa on October 6, 2016 in honor of the 12th barsi (death anniversary/ remembrance day) of the Siri Singh Sahib Ji leaving the earth.

Every once in a great span of time, a noble soul comes to the planet to do a tremendous service for humanity. Siri Singh Sahib Bhai Sahib Harbhajan Singh Khalsa Yogiji lived such a life.

He was born Harbhajan Singh Puri on August 26, 1929, in the part of Punjab that would become Pakistan after 1948. The village culture in which Yogiji was born embodied a practical Sikh spirituality. Muslims, Hindus and Sikhs lived and worked side by side. Sant Hazara Singh, a Sikh who was also a Master of Kundalini Yoga, had his home in the area.

At the age of 8, Harbhajan Singh Puri began to study with Sant Hazara Singh. By the age of sixteen and a half, he was recognized as a master of Kundalini Yoga, himself. 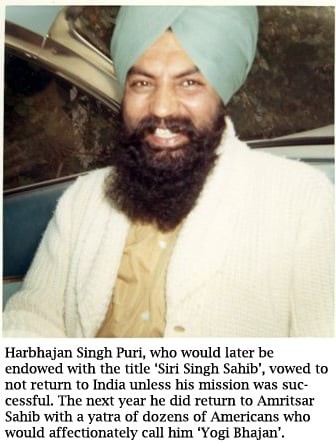 None of this training could foretell what the future would bring.

During the Partition of India in 1947, at the age of 18 years old, Harbhajan Singh led his village of 7,000 people near what is Lahore, Pakistan today, 325 miles on foot, to safety in New Delhi, India. Like many families, they had to rebuild from scratch. Harbhajan Singh studied and received a degree in Economics from Punjabi University in Patiala, India. After graduating, he began to serve in the Indian government, eventually becoming the head of Customs at Palam International Airport (now known as New Delhi’s Indira Gandhi Airport.) He married Inderjit Kaur, known as Bibiji, in 1952. They had two sons, Ranbir Singh and Kulbir Singh, and a daughter, Kamaljit Kaur. 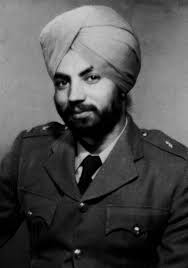 It was during his time as the head of Customs that he saw visitors from the West coming to India to search for spiritual knowledge. Yet, when he questioned them as they prepared to return home, he found that these visitors often left empty-handed.

When the opportunity came to teach Kundalini Yoga at Toronto University in Canada, Yogiji agreed. Even though, at the time, his friends, family and co-workers protested the trip. However, Yogi Bhajan knew it was Guru Ram Das’s mission for him to share the wisdom that had been given to him in this life. So the start of his journey outward began.

In September of 1968, Yogi Bhajan left India, travelling to Canada to begin his mission. However, circumstances turned against him almost immediately.  The professor who had invited him to teach in Canada died in a car accident on his way to pick up Harbhajan Singh from the airport. When Yogi Bhajan landed in Toronto, it was cold. He only had the clothes on his back. His bags had been stolen. And the Customs officer gave him $25 to help him start a new life.

From these incredibly humble beginnings, working tirelessly for decades, and with the grace and blessing of the Guru, the Siri Singh Sahib, Yogi Bhajan founded a spiritual nation in the West. 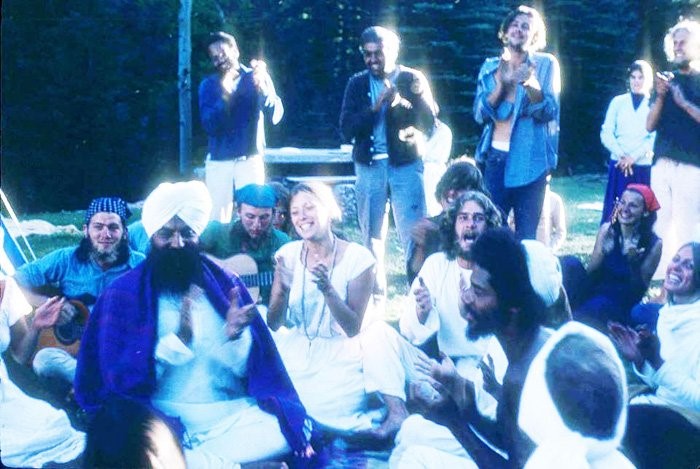 Kundalini Yoga had previously only been taught in secret – handed down from master to student for generations going back into the mists of time. When Yogi Bhajan came to the West, he saw the deep longing of the 1960’s flower children to experience higher consciousness. So he began to teach Kundalini Yoga openly. He declared that his mission was, “Not to gather students, but to train teachers.”

Today, nearly 50 years later, there are tens of thousands of teachers training in the practice of Kundalini Yoga through the Kundalini Research Institute’s (KRI’s) Teacher Training Program, created by Yogi Bhajan. Kundalini Yoga centers exist on every continent, and his teachings have been translated into multiple languages. The purpose of practicing Kundalini Yoga is to help a person become healthy in body, happy in mental and emotional attitudes, and holy in spirit.

Yet something truly miraculous happened through the doorway of Kundalini Yoga. The Siri Singh Sahib, Yogi Bhajan, never intended to “create Sikhs.” Sikhs do not proselytize. However, many of his students became fascinated with the Sikh discipline kept by the Siri Singh Sahib. They loved hearing the stories about the Sikh Gurus. And some subset of Kundalini Yoga students eventually decided to become Sikhs themselves, even taking Amrit. 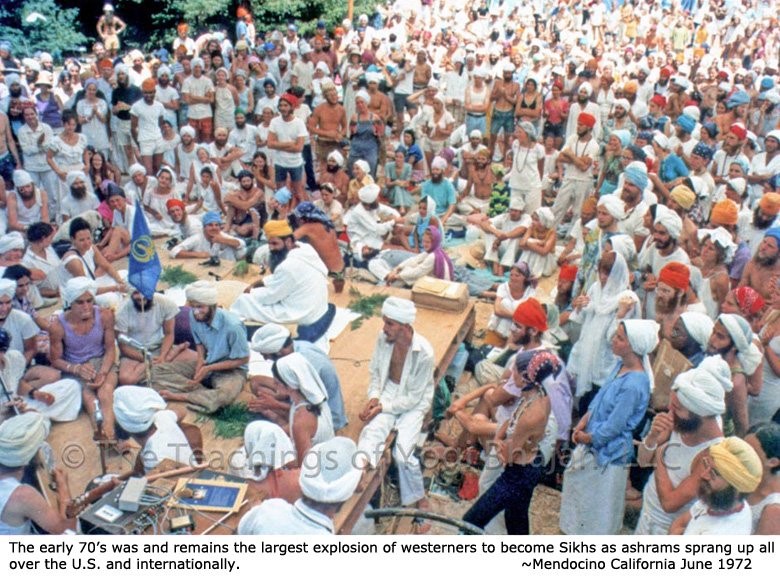 In the years since the Siri Singh Sahib began his mission, hundreds of thousands of people, from every walk of life, and almost every country in the world, have adopted the Sikh path. Some walk it slowly – growing out their hair and doing some form of meditation in the morning. Others have embraced the Khalsa way of life. But today, the Siri Guru Granth Sahib has been read in such far off countries as Iceland, Chile, Brazil, China, Japan and so many others, due to the inspiration of this man.

Historically speaking, Sikhs often like to say that yoga has nothing to do with Sikhism. However, when we look back over almost 50 years, something becomes apparently clear. Guru Ram Das who sits on the Throne of Raj Yog, has used the vehicle of Kundalini Yoga to draw people into His court. The Siri Singh Sahib never claimed credit for what happened during his life. He always attributed the miracles to Guru Ram Das. 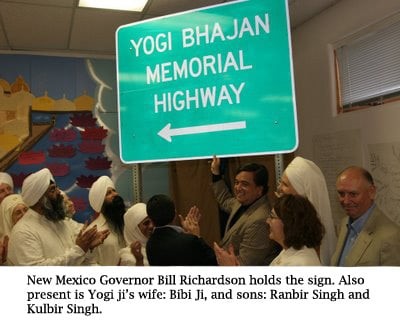 Today, we remember the life of this man. Who loved and served Guru Ram Das with all his heart. And through that love and service, brought the message of the Sikh Gurus and the technology of Kundalini Yoga to so very many people across the world, and throughout time.