JAAP SAHIB for the Aquarian Age 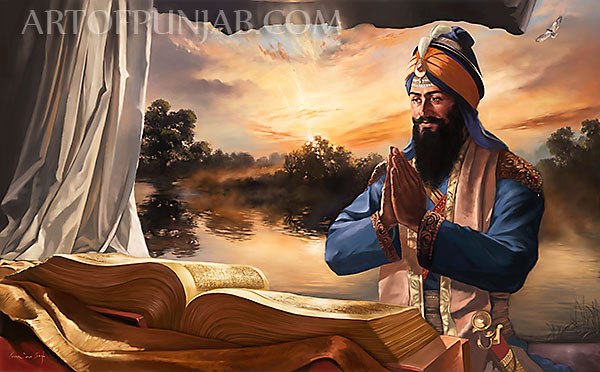 On a calm, mid-morning day in 2002, the Siri Singh Sahib was sitting on a bench outside the Espanola Gurdwara. I was there, along with my family, Dr. Siri Atma Singh and Nirinjan Kaur.

He began speaking to me:

“I want you to put Jaap Sahib to music. In the Aquarian Age, it can’t be done in the same martial style that its always been done.  It has to be done in a more beautiful and mellow style, with just a little bit of martial energy….but mostly mellow and beautiful”. To make certain I understood his instructions, so I could create a ‘vibe’ for creating the music, I said “So….,mellow-martial?”   “Yes, mellow-martial.  But, just a little bit of martial-energy” he emphasized.

He continued: “There are so many people in the world who are suffering and in a lot of pain. We must give them tools to deal with the pressure. Jaap Sahib has the power to penetrate right through the chest, go directly into the heart and completely heal a person”.

He made some additional comments about how difficult and messy things were going to get in the coming years.  The then stated “Jaap Sahib is the tool for the Aquarian Age”.

Pleased to say my son and I have now recorded Jaap Sahib to the musical direction the Siri Singh Sahib gave.  Here are the various links to the music.

One way to do Jaap Sahib is Bowing Jaap Sahib. When the Siri Singh Sahib first introduced this kriya, he used Ragi Professor Sat Nam Singh’s version, which was basically 31 minutes long.  So, I decided to go with that same tempo, keeping to the 31-minute format.

You can also chant it, read it, sing it, do your own “mellow-martial” musical versions of it, etc. Also, if you can learn to read Gurmukhi, that is the best way to pronounce Jaap Sahib correctly.

In the original Bowing Jaap Sahib lecture, he talked about “copying the sound”.  He said “I remember that the most powerfully effective way is to copy Jaap Sahib, because you are not copying the words, you are copying the creative essence of the word, the naad. There is no other way that you can learn about sensitivity. If you can practice this meditatively, then whatever people say, you will always compute what people mean”.

Here are the instructions for doing the Bowing Jaap Sahib Kriya.

Here are Siri Singh Sahib Ji’s comments from 1983, when he first gave the instructions for this kriya.

[image of Guru Gobind Singh above is by Kanwar Singh of www.artofpunjab.com]