Home » Presentation to the Interreligious Council of S.C. on the Cult Phenomenon 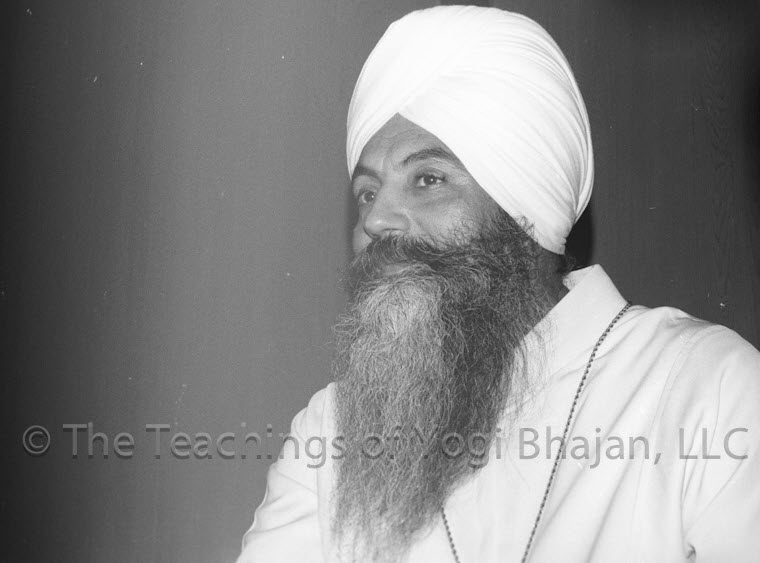 This document was created by Premka Kaur aka Pamela Dyson (Yogi Bhajan staff member), based on points to be made by the Siri Singh Sahib, Yogi Bhajan, as a speaker at the 1979 Interreligious Council, in response to the request for a handout to be given out prior to his talk at the event.

What is religion?  Religion comes from the word “religioso” which means to go back to our origin, our Source.  Religion brings us to the awareness of our Creator and gives us an experience of Him.  Sikh Dharma teaches that our origin is One Creator who has manifested the entire creation.  We call this Omnipotent, Omnipresent Spirit:  GOD – Generator, Organizer, Destroyer.  That Spirit lives in all creatures.

Because God is Infinite, we finite beings cannot conceive of all the possible ways to worship Him.  We have no right to say that any particular person or group is “weird”, “brainwashed”, “mentally disturbed”, or “cultist” just because we can not understand or accept their mode of worship or lifestyle.  In the name of “concern” to label people “negatively” is a blatant attempt to deny them constitutional protection under Freedom of Religion.

What is a “cult”?  Recently the word cult has brought reactions from curiosity to fear and revenge.  Let us first look at Webster’s definition of cults, from his dictionary:

“Cult is (a) a system of worship of a deity, (b) hence the rites of a religion, (c) great devotion to some person, idea or thing, esp. such devotion viewed as an intellectual fad, (d) a sect.”

According to Webster’s Dictionary then, no one in this room is excluded from being a cult:

But, today, the word “cult” conjures up a different image.  Cult has become a catch-all word that represents brainwashing, manipulation, hoarding of wealth, and strange activities.  The result of this scare about cults has prompted Senator Dole’s hearing on certain cults or groups, California’s attorney general to investigate the financial affairs of the church, and general paranoia, especially because of the suicides in Guyana, has spread.

Cults can easily become the scapegoat for everything that is wrong in society; from inflation, 50% divorce rate, drug abuse, government corruption and increased crime rate.  We should remember that these cults and various groups were started to help people release tensions built up from living in a highly technological and competitive society.  People are trying to balance out their spiritually defunct lives and are searching for inner peace and some experience of Truth and God.

As Creatures of the Creator, as human beings, as Sikhs, we believe that everyone has the right to practice, worship and live in the manner of his choosing, as long as one does not do harm to another person.  Anyone who makes us doubt that all people should have the right to live, preach, believe and practice as they feel inspired to do so is an oppressive force that is creating more witch hunts, another McCarthy era, another 3rd Reich.  When our religious freedom is in question, the road to Communism is being paved right in front of our noses.  A religious mind is a free mind.

As human beings, as religious leaders, it is urgent that we recognize the real important issue behind what we are talking about.  We will be led down a primrose path until we have eliminated the basic freedom of worship, a basic need of all human beings.  We should stand united as one voice and declare that religious freedom should be upheld for all people.  We must stand as a democracy which says, “innocent until proven guilty”.  We must give the benefit of the doubt, beyond a doubt, to all people, until proven otherwise.  We shall raise our voices and declare that we shall not tolerate any attempts to undermine religious freedom, while we are still allowed to do so.  And we shall defend this right until our last breath.

Home » Presentation to the Interreligious Council of S.C. on the Cult Phenomenon