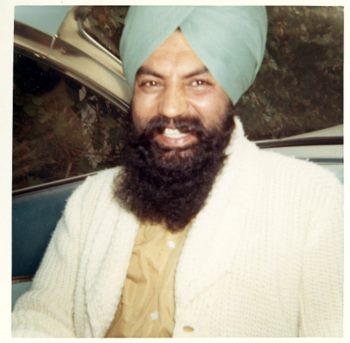 “Yogi Bhajan gives this historic talk twelve months after his first arrival in the US. The country was polarized and bitterly divided. In the previous two months, there had been an unprecedented outpouring of violent and nonviolent demonstrations against the war in Vietnam and the government in Washington.

As in the April 1969 lecture, Yogiji’s English is a little choppy at times, but with teachers teaching today in Hungary and Thailand, Iceland and Ecuador, often in their second or third language, we should take heart. The time has come, and the message does get through.” –  Guru Fatha Singh Khalsa, Toronto.

View a transcript of this lecture (PDF)

Credits: Thanks to Siri Ved Singh for first publishing and distributing this lecture as a audio cassette, Suraj Kaur in Australia for the transcribing, Richard Lathwell for his digital wizardry, and Sat Avtar Kaur for putting it all on her web-site.