Home › Experiences › Our Stories › Summer Solstice – The Power to Sacrifice 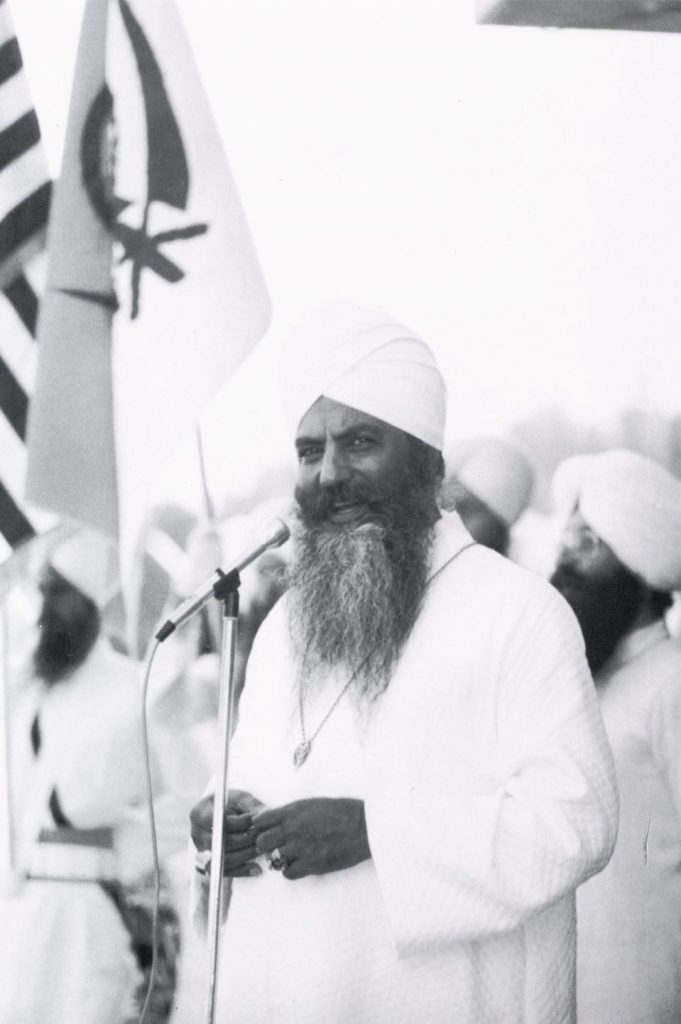 Hindus and Muslims at the time were in strong conflict.  Neither those obsessed with power or those oppressed by the caste system, could find a point of dialogue despite both being deeply spiritual peoples.

He spent his life traveling all over India and other parts of the world, joyfully sharing the word of God, words of peace and listening to one another. In order to listen, we have to learn to sacrifice [to make sacred] a part of our egos, and to meet the other where he/she can meet us.

In the last years of his life Guru Nanak founded a spiritual community, and started the glorious history of the Sikhs, the “Seekers of Truth”.

Yogi Bhajan spoke to us under the Adi Shakti banner.

He spoke to us of yoga, freedom, life and Sikhism.

Yogi Bhajan was working to uplift the consciousness of the people he was teaching – the future of America was in the birth of a Spiritual Nation– a nation made of love, prosperity and the spirit of sacrifice.

The words of Guru Nanak came from his lips.  He worked day and night to accomplish his purpose. He traveled the world just like Nanak did, to bring the power of higher consciousness, a new state of mind, the science of transcendence.

To realize his dream, he was aware of having to make many sacrifices.

He sacrificed his own comfort and ease of life to challenge our egos, so we would have the opportunity to leave our Karma behind and follow our Dharma, a path–a way in which to recognize our True Selves, in a dignified and divine way, to reach happiness.

To sacrifice means to choose.  Choosing a path of Dharma, a path of sharing and knowledge, means connecting with our fellow human beings in this choice.  This is how a spiritual nation is created.

After 50 years we can only admire the deeds of this man and celebrate his dream, which has now become a concrete reality.

On June 25-26* we will meet together for a new version of the Summer Solstice experience.

We will come together from all over the world, as the spiritual nation which our Master founded.

To sacrifice is to choose.  It means cutting the ego with grace and commitment to meet a new part of us– the purest part and sharing it with our fellow human beings.

This conveys to us an awareness of our personal caliber, of the power of our sacrifice –necessary to give strength to the dream of the Dharma, where we recognize ourselves and each other, as we are meant to be.

*Some time zones will end on June 27

Read the original story “From Seeker to Sikh”, written in 1979.

Home › Experiences › Our Stories › Summer Solstice – The Power to Sacrifice