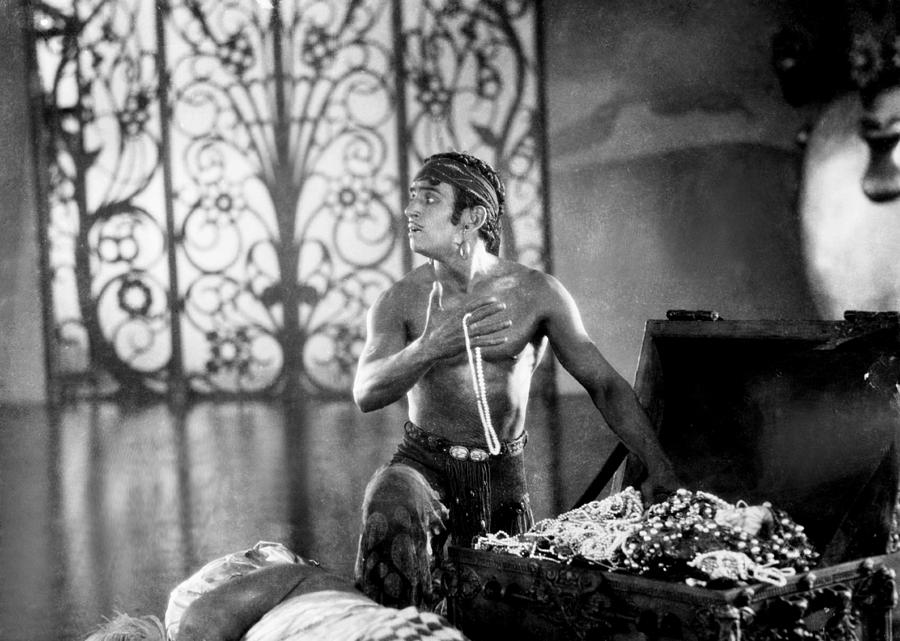 There was a thief who went to a holy man and said, “I want to be your disciple.”

The saintly man said, “What do you do for a living?”

He said, “Forget it.  That’s the way I make my living.  That’s the way I earn.  That’s what I love.  It is what I like to do.  I cannot be anything other than a thief.  Why can’t I be a thief and also your disciple?  I am a good thief.  I just take from the rich and keep for myself that which I think I should have.  Then I try and help a lot of people.   Therefore, I have a request.  I’d like to be a thief and be your disciple also.”

The guru said, “You have requested something.  Before I agree, I would like to set a few terms too.  Yes, I want you to be my disciple.  I accept you and I accept your condition to be a thief.  But I have three things I as for in return.   First of all, you should not lie.”

“Secondly, if you take somebody’s salt, you should not harm that person.”

“And third, if innocents are suffering because of you, you should not let it happen.”

The holy man said, “All right, you are my disciple, and I am your guru.”  And the matter ended.

The thief then went home but soon realized that cash was low and that he needed to go to work.  He thought, “Now that I have become a disciple of the guru, I should just do one job that will last me the rest of my life.   I know!  Let me go and steal the treasury of the king.”  So one night he dressed up very royally and went to the palace gates.

The guardsman saw him and called out, “Who are you?”

Now the thief was not supposed to lie.  He said, “I am a thief.”

The guard said, “Are you sure?”

The thief said, “Are you sure?”

The guard said, Are you a thief?”

The guard just couldn’t believe that a thief would appear at the palace gates and announce that he was a thief.  So, he said, “Please come in.”  And he let him pass, because the guard thought that this must be the king dressed up in different clothes and that he was just trying to play a trick on everyone.  So, he let him pass.

So, the thief went into the palace, and he began collecting together all kinds of wealth.  While going through the cabinets where all the silver was kept, he came to where the black pepper and salt were kept.  And he tasted that salt, and suddenly realized what he had done.

“Uh, oh, I took salt from this guy.”  So, he had to leave all the treasures that he had collected together, and he just walked away.

The next morning the king woke up in the palace.  He heard a terrible uproar coming from down below.   He went downstairs to find out that all the treasures of the palace had been taken out, put into bags, and then the bags were just dropped and left in one of the rooms.  Everyone was busy emptying the bags, sorting the things out, and putting them back where they belonged.

The king summoned the chief of his security staff and asked him to find out what had happened.  So, the police chief called all the people in the city who had ever committed a theft to come to his office and he had them beaten up.  One by one, they all said, “I didn’t do it.”

They were asked by the police, “Well, then who did it?”

The only reply they received back was, “I don’t know, but I didn’t do it.”

When the thief heard that all the professional thieves in the city were being called in and being beaten up and questioned, he appeared the next day in the courthouse and confessed.  “Look, I was the one who did it, and I don’t want any innocent persons to be beaten up because of me.”  That was his third promise to the guru, that he should not let any innocent person suffer for him.

He was brought before the king who said, “I don’t believe you committed this crime.”

The king said, “What is your name?”

He said, “My name is Poonia Jor.  My name is Poonia, the most famous thief in your kingdom whom you have been trying to catch for a long time.   I am Poonia, believe me or not.  And I went and collected all that I need from your palace, but then I tasted your salt out of your saltshaker.  I tasted your salt and I had to leave everything behind.  And thirdly, all the innocents are being beaten because of me and I have to come and tell you not to do it.”

The king said, “Why are you doing this?”

He said, “I met my guru.  I wanted to be his disciple, but I told him that I have the condition that I can still be a thief.  It’s a bad way to learn.  But I put a condition.  I told him what my condition is, that I am a thief, I want to be a thief, and that I can’t stop being a thief.  So, he told me, ‘All right, I accept you.  You are okay as a thief.  You can be my disciple, but you are to give up three things.  First, you shall not lie.  Second, you shall not do wrong to those whose salt you take.   And third, no innocent person shall suffer because of you.’

Well, I was in need of money, and since I am a thief by profession, I thought that I would steal everything from you and then for the rest of my life I wouldn’t have to steal anymore.  Besides, I wanted to be a disciple anyway.

Therefore, I told the guard that I am a thief.  And I think he thought that no thief would just announce that he was a thief.  So, he let me in the palace.”

The guard, who had arrived by that time said, “That’s true.  When I saw him, all dressed up like a king, and he said he was a thief, I thought it was the real king playing tricks on me, and I let him in.  So, he didn’t lie.  Secondly, he tried to steal everything that he could from the palace, but when he tasted your salt, he dropped all those things and left the palace with nothing.  And thirdly, when innocent people were being beaten up on his account, he appeared in this courthouse.”

The king was amazed by all of this.  He said, “Look, Poonia, I respect you.  With all my police and intelligence and with my power, I couldn’t arrest you before.  And I never thought that in my life I would ever find the person who had broken into the palace.  Great is that guru who has changed your heart to this extent, that you could have voluntarily come to get arrested.  Take me to that guru who has taught you to be more honest and truthful than even I, as a king, could ever be.  Please take me to your guru.  That is what I request of you today.”

So, this is the story of the thief who gave his depth and life to his guru, surrendering his thief-like character and characteristics.  And by so doing, he became one of God’s own.  Remember, life is a flow of love; only your participation is required.

Watch the young women from the 1994 Khalsa Women’s Training Camp performing a play based on this story:

Read about how this book came to be.

Read more from this book.

Purchase this book through Amazon.