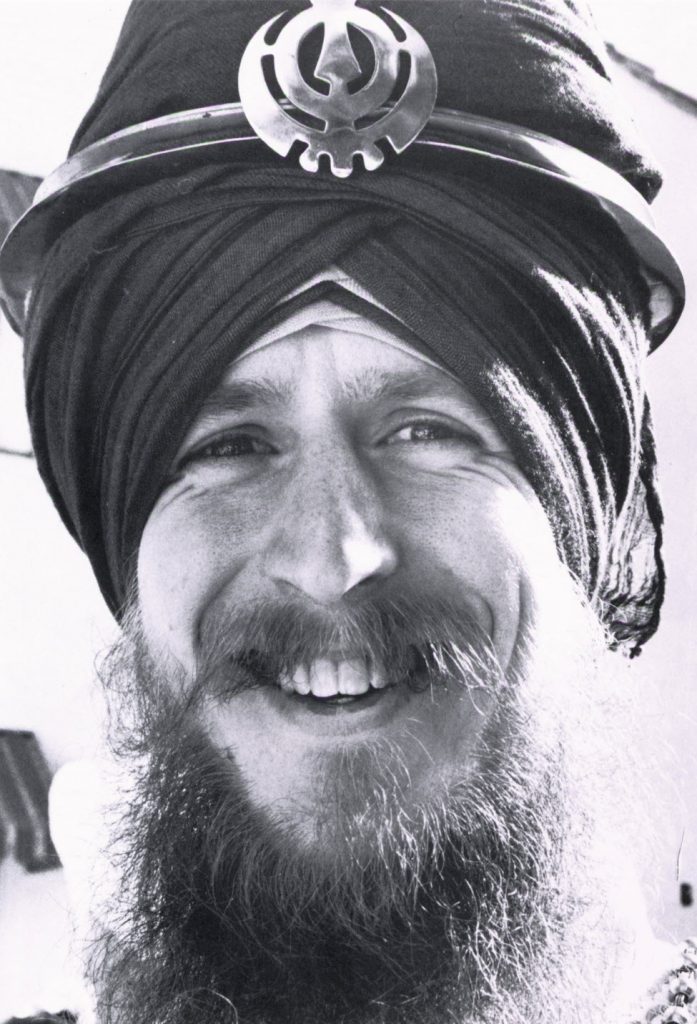 Written by S.S. Gurubanda Singh Khalsa Pomona, California and published in 1979 in the book,The Man Called the Siri Singh Sahib.

It took nine years of cajoling, challenging and inspiring men toward God consciousness before the Siri Singh Sahib agreed it was time to teach his first official Men’s Course.  But one should not be fooled into thinking that the real men’s course did not begin long before that.  It began the day he first stepped off the plane and set foot on American soil.

Simply to have met the Siri Singh Sahib is to have received the biggest lesson in manhood.  His dignity, his strength, his confidence are such as to immediately trigger a desire to be like him.  His Olympian bearing, the inner stillness of his presence, his strength in reserve give an unprecedented example of masculinity.  If a powerful figure can make a mark on one’s life, then the Siri Singh Sahib has cast a lasting impression on the lives of thousands of men.  Each one of them, to varying extents, has been transformed and seeks to emulate him.

To be a man is not to be something other than your self; it is to manifest your essential self.  One of the first lessons of Kundalini Yoga is that one has an essential self.  That self is expressed through a God-given container which is either male or female.  The container is not, as the conventional wisdom have it, neutral; rather it has a polarity.  It has an energy flow, a projection and a destiny specific to its sex.

To succeed in life, one must learn to creatively manifest oneself through the field of his given polarity.  From the first “breath of fire”, one can feel his energy expanding to fill its proper orbit, and one can feel the confirmation of his inner will and selfhood.  The shackles of twisted behavior fall away, and one’s pattern of life emerges true to its original lines.

White Tantric Yoga, as taught by the Siri Singh Sahib, is a most powerful men’s course.  Through contrast with his polarity, man quickly finds himself.  The Tantric experience calls on a man to be strong, compassionate, and supportive of his partner, while the penetrating force of the Tantra burns away at the neuroses and phobias which can cripple his life. 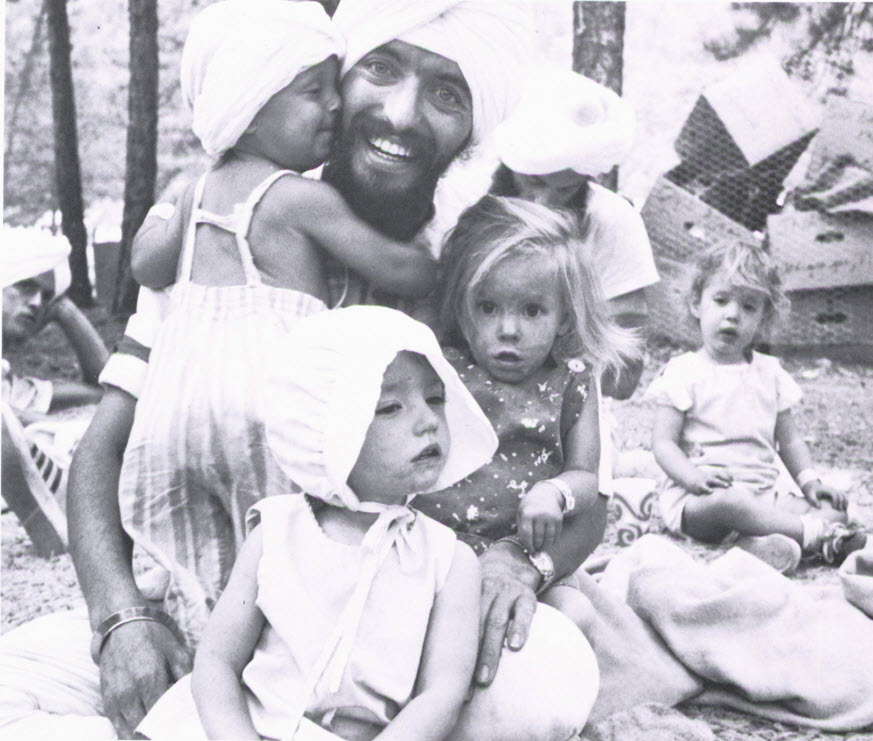 Early in his teaching career, the Siri Singh Sahib began to instruct his students in the roles of husband and wife in marriage.  From those early talks came some new and startling concepts for his male students: that a man’s potency is not judged by his ability to seduce, but by his ability to commit; that a woman is eight times stronger than a man, but that she depends upon a man for his steadiness; that sex, to be successful, does not begin in bed, but that it is the culmination of the interplay of polarities in the full spectrum of married life.  These teachings and more, which took years to assimilate, formed a portion of the primer of the “men’s course” already in progress.

Put a tiger in a man’s house and lock the doors and even a coward will find his inner resources somehow.  When the Siri Singh Sahib began the women’s training camps three years ago, it was like placing tigers in the homes of hundreds of men.

He taught his female students that they should be constantly at war, and they should not put down their swords, until their husbands had become truly noble men.  It was tough going for the bewildered husbands who had to keep up with their wives’ expanded radiance, answer their direct and demanding questions, face their piercingly accurate perceptions and meet their enlightened standards.

Strong, inspiring, and skinny as they had become, these re-made women were an unmistakable challenge to their mates.  The male egos were really getting bent out of shape.  The men cried out for help: “Give us the technology to match their caliber!”

In May 1978, the Siri Singh Sahib answered their pleas by teaching the first official Men’s Course.  Though short in duration, it proved to be more than one could possibly have hoped for in its depth and application.  After years of chewing on tidbits of knowledge, here was the full course being served in great clarity and detail.  To digest it and to assimilate it would be a challenge in itself.

To date, there have been three such men’s courses, with more slated for the future.  With each one, a new volume is added to the vast library of teachings already delivered by the Siri Singh Sahib.  The men of 3HO, and indeed the men of the world, are deeply indebted to him.