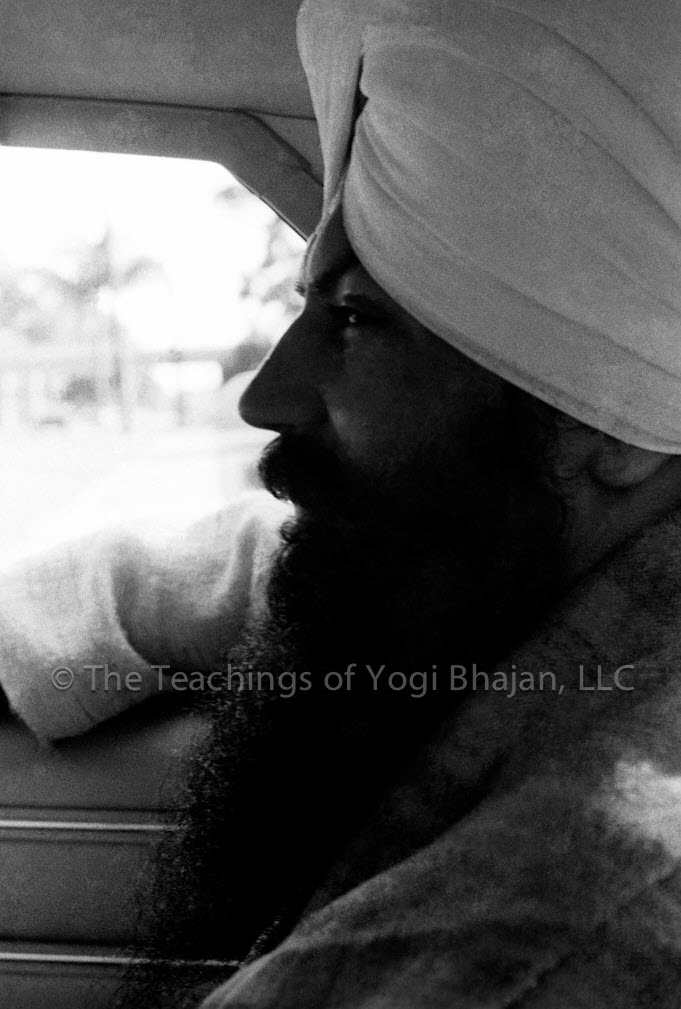 Another time, Yogiji had traveled to the Miami area. He called Hari Singh to say that he had been provided a ticket to Miami, paid for by a student, Suzanna. He was invited to teach Kundalini Yoga and meditation classes in Miami. (In those days, whenever he received a paid fare, he would travel just about anywhere to teach classes.)

So, according to Yogiji and Premka, his travel secretary, when he got to Miami, they were very surprised to have Suzanna make inappropriate advances. Yogiji told her he was interested only in teaching. Whereupon she insisted that he and Premka get out of her vehicle. She then sped away leaving them stranded at the side of the road. Yogiji and Premka hiked to a phone and called Hari Singh for assistance.

Then, while Hari Singh was preparing to leave for Miami, Yogiji again called and said that he and Premka had just enough money between them for a bus ticket to Orlando, and would he please meet them at the Orlando bus station, whereupon Hari Singh met them at the bus station and brought the weary travelers back to the “Bird’s Nest” (Yogiji’s words for our “Bird” residence) for a few days of rest and relaxation.

Yogi Bhajan’s visit to the Florida Bird’s Nest in November of 1969 involved attending the Pop Festival, November 28-30, in West Palm Beach. Upon transporting Yogiji to the festival, the rains began, and it was a real gully-washer. Hari Kaur got out of the car with the children (3 and 5 years old at the time) and tried to follow the group into the festival. However, her sandals got sucked off by the 6 inches of mud (more like quicksand), so she gave it up and took the two soaking wet children back to the car where they all went to sleep waiting for the concert to finish. When Yogiji finished his presentation to the group of thousands of mostly young people we proceeded back to Orlando. 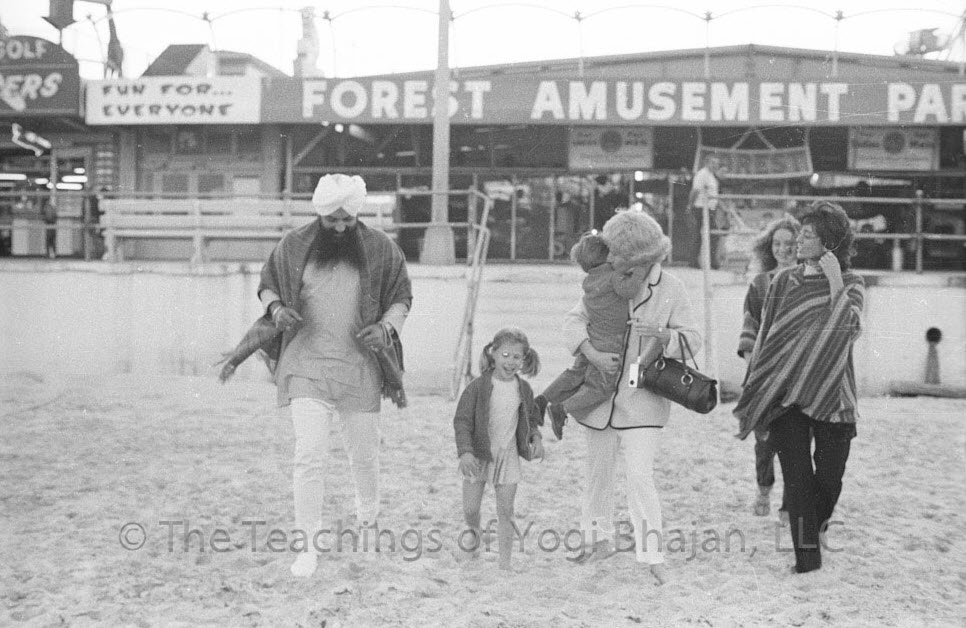 Yogi Bhajan and the Children

Ong Kar, my daughter, and Sat Kartar, my son, were in pre-school at this time, and Hari Singh, a licensed Optician, had lost his job with Winter Park Opticians after he began growing his hair and beard, which was especially unacceptable by many employers at the time of the Vietnam War.

When Yogiji came to Orlando for another teaching tour-visit, we advised that it was time to pick up the children from Montessori pre-school. We all walked to the school where Yogiji picked up the kids and carried one under each arm, and began playing with them. He indicated to Hari Singh that he really missed his personal family in India. His own children were older, but at least he could be a part of the Bird family since he was seldom able to go back to India to visit them and his wife.

We all later drove to Daytona Beach for a yoga class, and Yogiji took the kids on a ferris wheel ride. As they came over the top he loudly proclaimed it “the wheel of kaarmaaa.”

In the summer of 1970, Yogi Bhajan participated in an informal “Holy Man Jam” at the University of Colorado at Boulder with Swami Satchidananda, Stephen Gaskin of The Farm in Tennessee, Zen Buddhist Bill Quan-roshi, and other local luminaries. A few weeks later, Yogi Bhajan carried that inspiration forward and organized a gathering of spiritual teachers to engage and inspire the 200,000 attendees of the Atlanta Pop Festival on the stage between the performances of the bands.

MSS Livtar Singh Khalsa tells of when he accompanied the Yogi Bhajan, aka, Siri Singh Sahib, to the Atlanta Pop Festival. Livtar Singh said there were a half dozen, or so, different self proclaimed gurus at the event, and all of them were scheduled to go on stage to speak before the Siri Singh Sahib. However the kids were restless, impatient for the concert to begin, many were getting high, and no one paid much attention to guru after guru going onto stage and talking in their quite broken English about how they should meditate.

Then it was finally time for the Siri Singh Sahib to go on stage. Livtar Singh said it was profound to see how within ten minutes or so he had everyone chanting together, singing Sat Nam and moving their arms in what we now call celestial communication.

Afterwards, Livtar Singh asked him, “Sir, I do not understand what happened. You came on stage to an unreceptive crowd and spoke in the same broken English as the others, and yet the result was so different. Why? What do you know, what is your secret.”

Livtar Singh said he answered with just one word: “Sadhana.”